In Downtown Wilmington, Former Serpentarium Set To Be Transformed By 2020 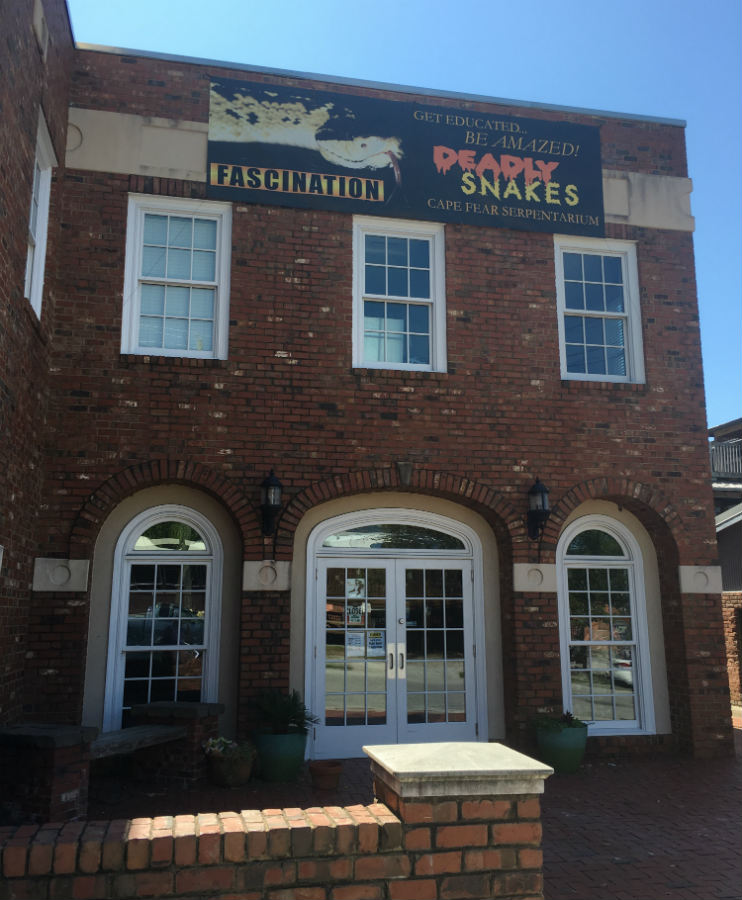 That's according to Terry Espy, real estate broker and president of MoMentum Companies, who represented Donald S. Bland in the purchase of the property, which was completed last week.

The purchase price of the property, located at  20 Orange St., was $915,000, according to New Hanover County deeds.

Bland, a longtime dentist in the downtown area, has plans to create a dental practice, medispa and residence out of the Orange Street building, which was once lined with cages that held various types of reptiles, including some of the most venomous snakes in the world.

Espy said Wednesday that the Serpentarium cages have been removed, and the inside of the building has been "taken back down to studs." It will cost around $1 million to renovate and construct the three aspects of the building, she said.

The former property owner, Dean Ripa, who owned and operated Cape Fear Serpentarium, was killed in May 2017. ​His wife, Regina Ripa, was charged with first-degree murder but was found not guilty by reason of insanity in October and was set to be transferred to a psychiatric facility, according to news reports at the time.

About a year after Ripa's death, the attraction permanently closed, and the property was put up for private sale after a petition was filed in New Hanover County Superior Court last spring on behalf of the Ripas' son.

The property went under contract in December. The new property owner, Bland, has had a dental practice at 206 Dock St. in downtown Wilmington for more than two decades, Espy said.

Work on the two-story brick structure built in 2001 is anticipated to take place over the coming months.

“We are going to go ahead and start the process of adaptive reuse,” Espy said, giving about a seven-month timeline for the project.

MoMentum is doing the project management, and is working with ADT Construction Co., as well as ORA Architecture out of Raleigh, she said.

Doing turn-key project management for medical and dental is “right up our alley,” Espy said.

While the company hasn’t focused on this type of project management in Wilmington, it was a focus of her company when it was located in Raleigh, Espy said.

“It’s kind of going back to our roots. We really enjoy it,” Espy said. “We still do some medical in Wake County … but this is probably the first one we will be doing turn-key in Wilmington.”

The name of the medispa has not yet been solidified, she said.

River Valley Bank and Stephanie Dunn, president of the bank's SBA division, successfully coordinated an SBA loan "due to the fact that this was such a multi-faceted project," Espy said.

She said the project could be completed in the first quarter of 2020.