The 80s And 90s Are Here Again: Downtown Store To Offer Nostalgia 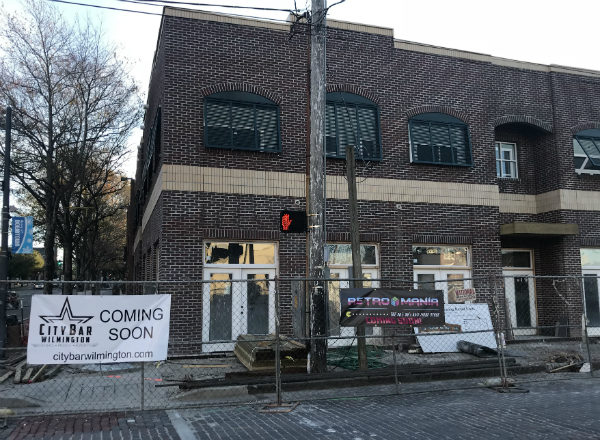 The building at 200 Market St. will house a store called Retro Mania and City Bar Wilmington, among other tenants. (Photo by Cece Nunn)
A store coming to downtown Wilmington aims to capitalize on nostalgia of the 1980s and 1990s.

Retro Mania is among the tenants slated for a 10,000-square-foot building under construction at 200 Market St.

The store's inventory will mainly be new items that pay homage to those periods, while a second phase for Retro Mania later on might involve reselling vintage items, Limardo said.

"It's something that we're seeing that people are just gravitating towards," Limardo said, noting as an example the Netflix science fiction-horror series Stranger Things, which totally riffs on movies from the 80s in a major way.

Explaining the appeal, Limardo said, such nostalgia brings people "back to their childhood when they didn't have any stress or any adulting to do that day."

The store will also tie in The Reel Cafe's musical performances, hosting meet-and-greets with bands and offering their merchandise before they play their shows at The Reel, Limardo said.

She said as construction and upfits are completed on the building, she and Cordell hope to open Retro Mania in about two months.

Retro Mania has leased two of the small spaces available in the building's first floor, while City Bar Wilmington will occupy the 5,000 square feet on the top floor. Other tenants have not yet been announced.

Gene Merritt is helping developer John Sutton create the building, which has filled in a small surface parking lot that was at the corner of Market and Second streets.