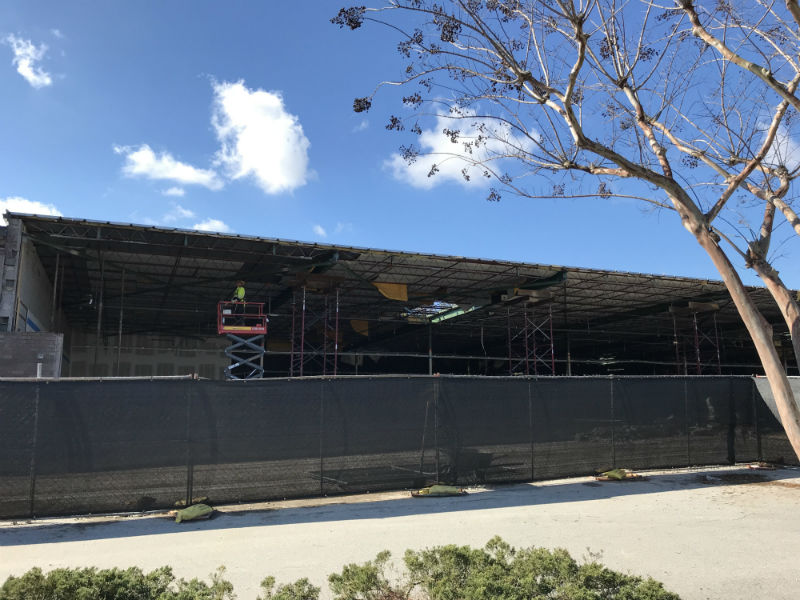 Crews are working on improvements at Ogden Plaza, a shopping center on Market Street in Wilmington. (Photo by Cece Nunn)

The project: Eighty percent of the center is getting a new facade with new storefronts, a deeper canopy and enhanced hardscape features, according to Hill Rogers, broker in charge of Cameron Management, which provides leasing and management services for Ogden Plaza.

The purpose: The renovations, which do not include the Harris Teeter at the center, will accommodate a new anchor tenant, Ashley Furniture Homestore, which is replacing its 12,000-square-foot store at 6508 Market St. with the 33,000-square-foot location at Ogden Plaza.

Companies involved: BMH Architects is the project architect, and Monteith Construction is the general contractor overseeing the improvements.

Expected completion: The work is expected to be complete by this summer, Rogers said.