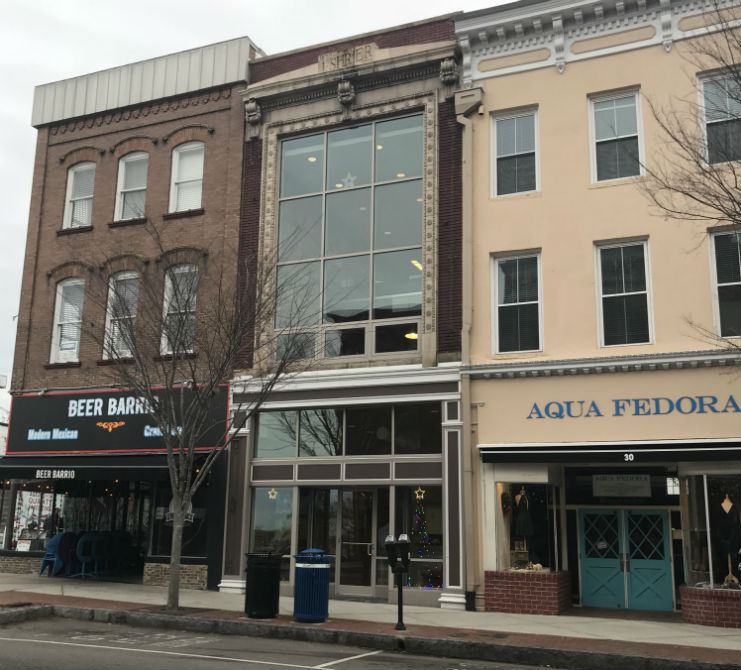 Tilia is relocating from Lumina Station after a lengthy search for new digs.

"We've been looking for the right place downtown for the last five or six years," said Walker Abney, who owns Tilia Fiduciary Partners with John Nesselroade. "It took finding the right space. It didn't need much done to it renovation-wise and was a good set-up for a business, and we like the visibility there. It's a great space."

Tilia will occupy the entire 3,400-square-foot building and plans to move there from Suite 224 at 1908 Eastwood Road around the end of May or beginning of June.

Riley represented Monteith in its sale of 32 N. Front St. and is representing the company in its pending purchase of the Princess Street space. Lee Weddle, a broker with Coldwell Banker Commercial SunCoast, represented Tilia Fiduciary Partners.

Monteith Construction Corp. owner John Monteith said the firm had overwhelming feedback from its employees when it came to choosing a new location.

"Everyone wanted to stay downtown," he said.

Monteith’s current office, which is located in the historic 1914 L. Shirer’s building, was designed by LS3P Associates Ltd. and represents the first LEED Gold-certified building project of its kind in New Hanover County, according to a news release from Cape Fear Commercial.

The building at 208 Princess St. was previously being renovated for an events center and retail space. Fraternal order The Knights of Pythias built the Princess Street structure in 1915.

"It's another historic building that will be renovated," Monteith said. "It's very much in keeping with our culture and in keeping with what our brand has become as far as an office goes, being downtown. Everybody just loves being downtown. There's a certain energy to it that you can't quite describe, but it's good to be around."

Tilia Fiduciary Partners, a more than 6-year-old firm that serves individuals and small businesses in the Cape Fear region, has been at Lumina Station since early 2013. The company's office condo there is now on the market.

"It's kind of bittersweet to leave it. We love that space and it's been good to us, but it's clearly time to move on and get a bigger space," said Monteith, whose firm is moving from about 3,500 square feet to about 7,500 square feet.

A five-employee firm, Tilia will also be gaining room to grow with the move, Abney said, as well as a good investment.

"It's a way to invest in the growing downtown area and it's a way to force ourselves to store some of our earnings in an asset that should hold its value over time," Abney said.