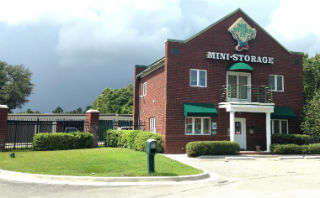 The challenge James Street of Streetsmart Storage faces now, though, is that part of the land and buildings he purchased at 6947 Market St., currently occupied by the self-storage business Mr. Store It, is in the path of the N.C. Department of Transportation’s project to extend Military Cutoff Road.

Stephanie Autry, an attorney with Cranfill Sumner & Hartzog who is representing Street in negotiations with the DOT, said Street didn’t buy the property because he wanted to have a claim against the state agency. But he was "boxed in," Autry said, by a deadline to purchase a like-kind property while still receiving tax benefits under Section 1031 of the federal tax code.

“He’s really hoping that he’s going to be able to keep going with a storage facility there,” Autry said.

The DOT wants to take about a third of the storage units and an area that includes a business office, Autry said. The project will also change access to the business.

“One of the things we’re going to be trying to work out with the DOT is to make sure the access is going to be good enough so that he can stay there and keep operating a storage facility,” Autry said.

An email from Brian Rick, local DOT spokesman, in reply to questions on the status of the property, said, “At the request of the property owner, the condemnation request has been delayed so the claim is still in negotiations.  The relocation of the affected storage units that are within the project limits has begun.”

While the DOT has made an offer in excess of $4 million based on its own appraisal, one of the next steps for Street is to bring in his own appraiser, Autry said.