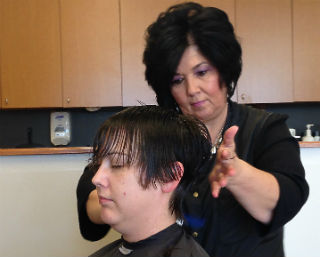 Regina Williams, a hair stylist who will serve as general manager for the new locations, said the group hopes the new salons will begin serving customers at four locations – three in Wilmington and one in Leland – by March 1. She said the investors did not want to be named or disclose the financial details of the new salons.

In general, a Fantastic Sams franchise requires a total investment of $136,100 to $246,100, and 70 percent of the company's more than 1,100 salons  are operated by multi-unit owners, according to franchise promotional information on the company's website.

"We make it easier for investors to own multiple units through financial incentives for purchasing more than one salon," the website states.

Williams said the new Fantastic Sams salons will be in the Food Lion-anchored shopping centers on Independence Boulevard and in Leland, the Village at Myrtle Grove, Landfall Center, Bayshore Commons, Masonboro Commons, a center planned for Murrayville Road and the Promenade in Surf City.

“People are getting the word that we’re coming to town. I haven’t even advertised for managers and I think I already have six hired,” Williams said Thursday as she styled a customer’s hair at the only Fantastic Sams currently open in the area, at 15441 U.S. 17 in Hampstead.

The existing Hampstead franchise is owned separately by the Palmer family, Williams said.

“They’ve been kind enough to let us use this salon as a training facility,” she said.

Williams said Fantastic Sams, which was founded by Memphis barber Sam Ross more than 40 years ago, differs from businesses such as Great Clips and Sports Clips because it’s a full-service salon. The stylists among the 90 employees expected to be hired in the Wilmington area work on commission.

Williams, who has been cutting and styling hair since 1985, owned her own salon in Aberdeen for 20 years before she sold the business in 2004 and moved to Holden Beach with plans to retire.

“I stayed retired for nine days, and it was the longest nine days,” Williams said. “I just love doing hair. That’s what it’s all about with me.”

Williams said all of the new local Fantastic Sams salons will be about 1,200 to 1,400 square feet.

Broker Nicholas Silivanch, a partner and vice president of retail at Eastern Carolinas Commercial Real Estate, said it’s not unusual for a company to open more than one retail location in a community.

“If you’re going to come into a market and you want to establish a dominant presence, you’re going to do at least three to four locations at one time,” said Silivanch, who represented the landlord in the lease of space for new Fantastic Sams salons at the Village at Myrtle Grove and in the Leland center.