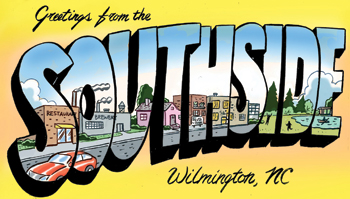 Home to a variety of housing, people from all walks of life and some of the city’s most treasured public facilities, the Southside area arguably sits on some of the most sought-after real estate in the Port City.

But concerns exist over pockets of poverty, crime and blight that make economic development and investment difficult.

That, however, may be changing.

Thanks to a Choice Neighborhoods grant awarded to the Wilmington Housing Authority (WHA) in 2011 by the U.S. Department of Housing and Urban Development (HUD), WHA officials are taking the lead in addressing a systemic cycle of issues – both economic and social – that’s making it difficult to address redevelopment on the Southside.

Meanwhile, private investors also are infusing the area with redevelopment plans, buying up lots and empty buildings with the idea of drawing people to the area through additional retail ventures and new housing.

But with the increased attention to different types of redevelopment in the area, those plans might compete against each other, prompting some brokers to question whether their plans will align with the Choice Neighborhoods plan.

“I think we’re full aware that there may be some differences of opinion on how best to redevelop the area,” said Paul E. D’Angelo, planning manager for the WHA Choice Neighborhoods in the Southside area. “But what we are hoping to do is take the lead on redeveloping the area so other investors know that we’re serious about our plans for growth.”

Choice Neighborhoods is a federal grant program that helps redevelop struggling neighborhoods that typically have a high concentration of public housing.

The program has received accolades from housing advocates across the country, with noted successful projects completed in Atlanta, Fayetteville and Charlotte.

“It’s about building up the neighborhood and creating opportunities in the community,” D’Angelo said. “That’s what we hope to accomplish through all of this – building a community that’s there but needs some help.”

The Southside zone, as outlined by WHA, extends between Castle, Greenfield, Third and 17th streets.

Housing officials hope to apply for $20 million to $30 million in grant monies.

D’Angelo said as part of the grant, the community must match the federal funds with in-kind or cash donations.

Much of the focus behind the initiative is addressing the aging Hillcrest public housing development.

Plans call for the development to be razed and replaced with 150 senior housing units, 120 multi-family units, 34 townhome units and retail and office space geared toward mixed-income residents. The site would also incorporate access to educational resources in what WHA officials are calling a community, opportunity, recreation, resource and education center, or COR2E.

Debra Hays, WHA board commissioner and Wilmington Planning Commission chairwoman, said the idea behind the COR2E center is to provide access to workforce training. She said the University of North Carolina Wilmington and Cape Fear Community College have been targeted to establish satellite campus on the Hillcrest site.

“We know it’s a large initiative,” D’Angelo said. “But there is certainly a need for redevelopment in the area, and we feel this grant will be a catalyst for that growth and redevelopment.”

D’Angelo said the Choice Neighborhoods grant is implemented in two phases. The first phase, which WHA is currently conducting, is completing a transformation plan where community members and key neighborhood stakeholders help craft a document addressing possible private/public partnerships for redevelopment in the area. The next phase is the implementation grant, a separate pot of funding used to help put the transformation plan into place.

The Wilmington Housing Authority must apply for the implementation grant, which could occur sometime this summer, D’Angelo said.

“The infrastructure is in place, and the network to link neighborhood residents to jobs can quickly be developed,” Hovis said.

“This is more than tearing down some old buildings and making them pretty … it’s about providing a hand up and helping the area thrive and grow.”

With its quick access to downtown, the medical district and other prime tourist attractions, the Southside is already showing signs of growth.

In February, a team of developers purchased the 52,000-square-foot Century Mills building at 715 Greenfield St. as well as the entire 3-acre city block that surrounds the nearly 70-year-old structure. They are pursuing an entertainment venue to include several different microbreweries.

Seaview Crab Company, a Wilmington-based company that specialize in the sale of North Carolina seafood, moved into a 6,500 square foot building at 1515 Marstellar St., and construction is pending on a new Family Dollar at 709 S. 16th St.

Choice Neighborhoods officials have also identified an “Industrial Triangle” zone, bounded by a CSX Railroad line and Martin and South 17th streets, that is home to more than 35 small- and mid-size industrial users.

“This is just some of the firms we have identified recently,” D’Angelo said. “There could be many, many more.”

Wilmington’s implementation of the urban mixed use zone in 2013, which rezoned a number of parcels on the Southside and makes it easier to redevelop tracts without a number of regulations, is also being touted as a win for the area – especially
for new commercial and residential opportunities.

“This is a community effort,” D’Angelo said.

“We need everybody to work together to make the Southside a better place. This the gateway to our community, and it’s time to get serious about its potential.”