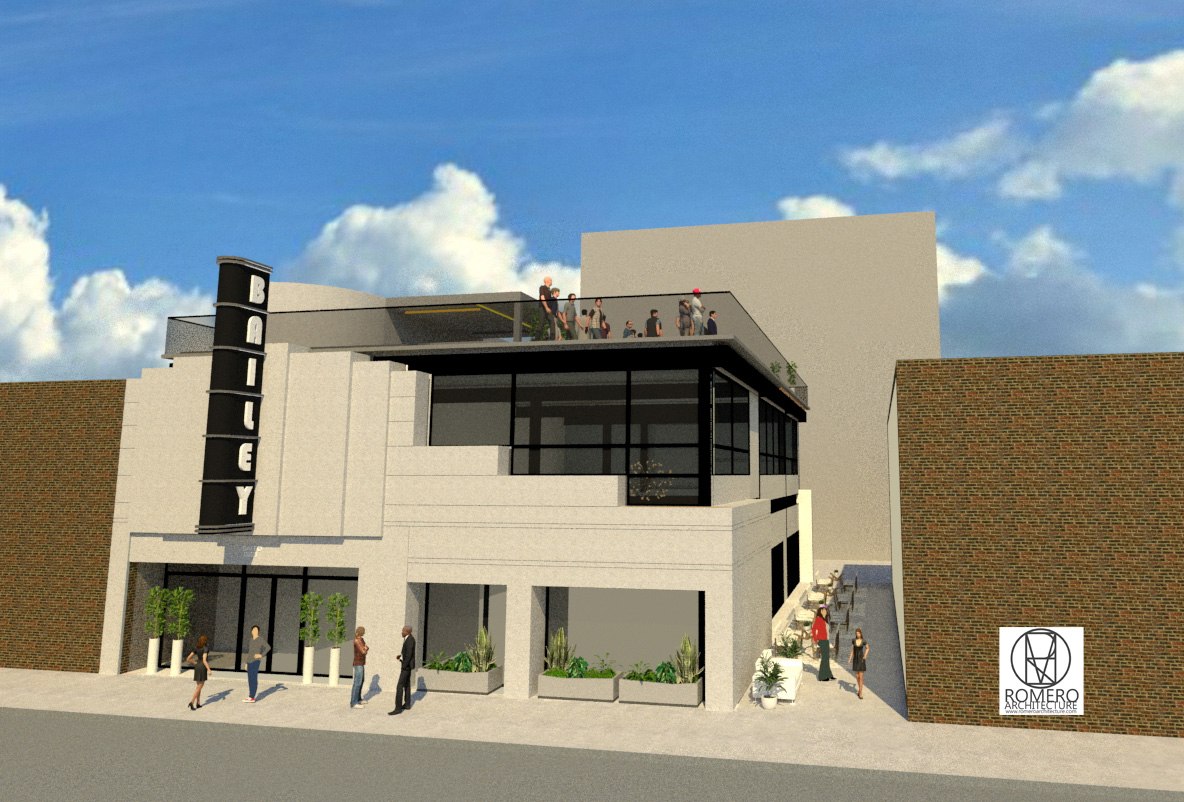 A two-story commercial building incorporating the old Bailey Theater's facade is planned for the theater's site in downtown Wilmington. (Rendering courtesy of Rob Romero)
The owner of an historical landmark in downtown Wilmington is seeking permission from a city panel to tweak a previously approved redevelopment plan.

Stamatia “Nick” Saffo of Global Property Holdings and Saffo Contractors and architect Rob Romero are asking the Wilmington Historical Preservation Commission for a height increase from about 18 feet to 35 feet for a two-story commercial building. The structure is planned for the site of the old Bailey Theater, 20 N. Front St.

Romero said Thursday, “The part that’s 35 feet you won’t even see because it’s far back from the street.” He added that this tallest portion houses the elevator and stairs.

Romero said the new structure could hold a restaurant and bar. The Bailey Theater was built in 1942 and demolished in the 1980s, except for the facade, and Nick Saffo (who is Mayor Bill Saffo’s brother) purchased the property in 2017.

The redevelopment incorporating the preservation of the landmark facade has been proceeding, but needs the HPC approval on the change before embarking on the New Hanover County building permit process, Romero said.

He said breaking ground on the project before the end of the year would be ideal.

The new second story floor plan will hold about 2,255 square feet of commercial space, according to the HPC application and a roof deck will be constructed on top of the new story.

In the application, the city staff noted the buildings along the 0 block of North Front Street vary in height from about 26 to 100 feet.

The Bailey redevelopment change is scheduled to be considered by the HPC at its meeting Aug. 11. The meeting starts at 5:30 p.m. in the City Council Chambers at Thalian Hall, 102 N. Third St.