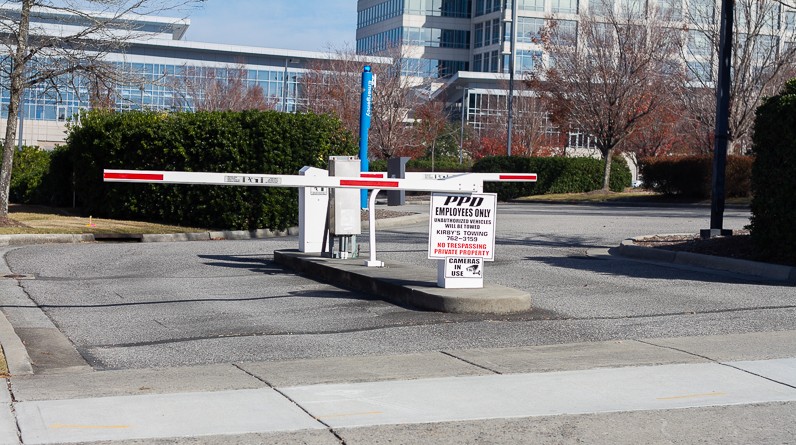 Global pharma giant Thermo Fisher now owns PPD and its property, including the headquarters building at 929 N. Front St. At 193 feet, the 12-story structure is the tallest building in Wilmington, with a tax value of $68 million.

After announcing Wednesday that Thermo Fisher had completed its sale of PPD, company officials said no changes in locations or facilities are planned.

But the office building, which opened in 2007, isn’t completely used. Even before the COVID-19 pandemic led to working from home for many offices, some PPD employees were already working remotely.

These days, the company's surface parking lot and PPD parking garage are often nearly empty, and upper floors of the garage are blocked off. The prospect of underutilized downtown space has led to speculation in the real estate industry about the property's future if Thermo Fisher were to sell or convert it.

“It's in the hottest part of town. It's in a growing area,” said Wilmington Mayor Bill Saffo, after pointing out that he has no specific knowledge of Thermo Fisher’s real estate plans.

If Thermo Fisher ever decided to lease some unused space in its downtown Wilmington building, they’d likely have takers, said Holly Childs, president and CEO of Wilmington Downtown Inc.

“I think it'd be helpful, particularly in the near-term, to have additional office space because right now, for example, the former Bank of America building [at 319 N. Third St.] is nearly full, which is fantastic,” Childs said, referencing the recent signed lease for tech firm Suzy. “Class A office space is really hard to come by because there's so little of the product.”

The good news about that, Childs said, is that the demand is helping the push for office space in upcoming mixed-use projects, specifically Project Grace, by New Hanover County and Zimmer Development Co., and the Northern Gateway Project, in the works by the city and East West Partners.

Leasing a building like the PPD headquarters "depends on a few factors such as building layout, how easy it would be to subdivide and of course the overall market conditions," Mark Johnson, executive vice president of Coldwell Banker Commercial Sun Coast Partners, said in an email.

"Certain office properties in our area have proven to be very difficult to lease/sell. But we’re finally seeing some activity with properties such as the old [Bank of America] building on [Third Street] and the Medac building in Porters Neck," he said. "Some of that space is still first generation having never been occupied – and it’s been over a decade since these properties were built. If this trend continues, I’d think the PPD HQ building would attract tenants, albeit at a relatively slow pace."

As a result of its PPD purchase, Thermo Fisher is also the new owner of land at 1001 N. Front, about 3 unused acres at 1021 N. Front and a more than 500-space parking garage at 155 Brunswick St., according to company officials. As of Wednesday afternoon, the values of the PPD-Thermo Fisher property transactions had not been recorded in county deed filings or property tax records.

At one point, PPD founder Fred Eshelman had planned to build a second tower for the company in the surface parking lot adjacent to the headquarters building, Saffo said. But Eshelman sold his interests in the company 20 years ago.

In discussing the additional downtown acreage that now belongs to Thermo Fisher, Saffo, who also works in the real estate industry, said property in that bustling area of northern downtown Wilmington “is going for $4 million an acre.”

As for the building at 929 N. Front St., Saffo said the structure “will be heavily used at some point in time, whoever uses it.”