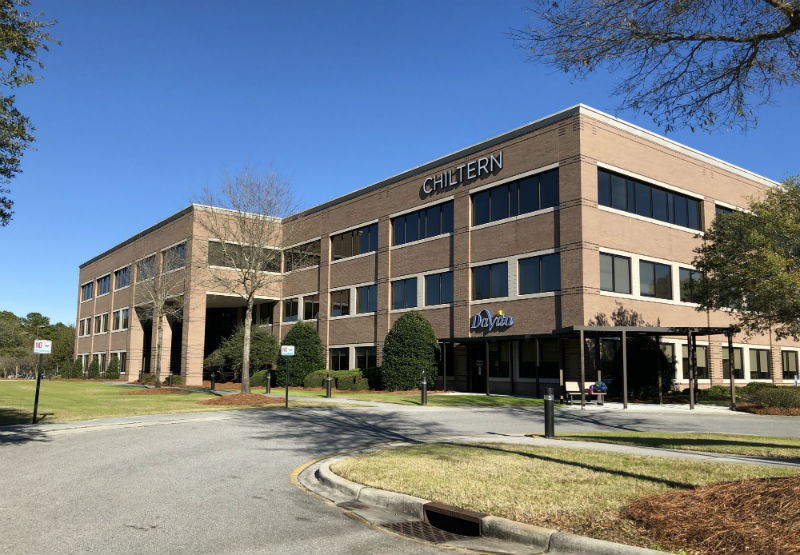 Barclay Center has two office buildings and room for a third in midtown Wilmington off 17th Street. (Photo courtesy of Cameron Management)
Officials with the company that owns Barclay Center in midtown Wilmington are considering adding a third office building to the complex, something that was part of the original master plan when the center was going to be a campus for Pharmaceutical Product Development (PPD).

But PPD's plans changed, and the contract research organization ended up opening its downtown Wilmington headquarters in 2007 instead of growing at Barclay Center, a Cameron Management office property on 9 acres off South 17th Street.

A third building at the center has been a possibility for 15 years, said Hill Rogers, broker in charge of Cameron Management. But discussion of another building surfaced again when Cameron Management leased 8,650 square feet at Barclay Center to Enterprise Rent-A-Car for its new regional office.

That lease was announced in July.

"Barclay Center was originally a corporate campus and was developed to add future buildings to the campus. When the original tenant relocated to downtown Wilmington, Cameron converted the buildings to multi-tenant buildings," the July 8 news release stated. "Nearing the completion of that process with the commitment of Enterprise, Cameron Management is reviewing plans and prospects for the expansion of Barclay Center with Building No. 3."

The new building would be a mirror image of Building No. 2, according to the release, containing about 63,000 square feet of rentable office space.

Meanwhile, Enterprise’s general contractor, Clancy & Theys, has completed the upfit for the car rental firm. The long-term lease for the Enterprise Rent-A-Car office at Barclay Center was exclusively brokered by Cameron Management, the release stated.

Barclay Center is a Class-A office property, the release stated. The center recently underwent a major renovation of its common areas.