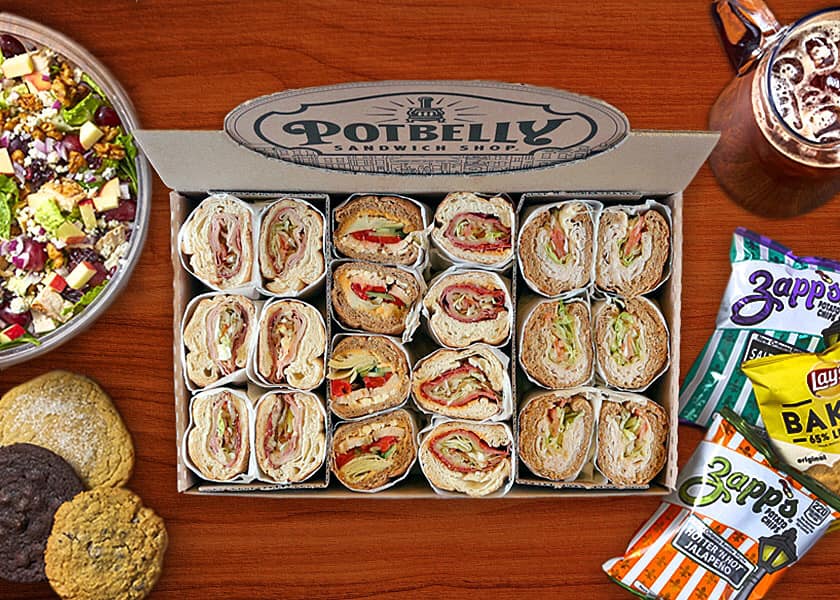 Potbelly Sandwich Shop has signed a franchise agreement for the development of 13 new shops across North and South Carolina with Wilmington-based franchisees Brent and Michele Brouse.

The territory includes the eastern section of the states, as well as in nearby inland markets.

“Brent and Michele are perfect examples of the type of highly qualified entrepreneurs with restaurant industry experience that Potbelly is attracting,” said CEO Alan Johnson. “They are an impressive couple and a fantastic fit to expand Potbelly in the Carolinas.

The Wilmington location will be the frirst of these to open, at 2515 S. 17th St. Unit A, the former Dunkin’ Donuts location.

The deal marks the Chicago-based brand’s entry into South Carolina and its continued expansion in North Carolina, where it has five existing locations. There are four of the shops in Charlotte, one in Morrisville, and another is set to open soon in Durham.

As part of their agreement, the Brouses will develop shops in Fayetteville and Jacksonville, as well as in Charleston, Mount Pleasant, Myrtle Beach and Hilton Head, South Carolina.

“We’ve been die-hard supporters of the brand for many years,” said Brent Brouse. “This is an opportunity that we’re well prepared for and we know the markets that we’re expanding into are clamoring for Potbelly. Ever since living in Chicago and working in the restaurant sector, we have been eyeing the Potbelly franchise opportunity.

"With the brand’s increased focus on multi-unit franchise expansion, now was the right time to become franchisees.”

Potbelly Sandwich Shop specializes in warm, toasted sandwiches, signature salads and hand-dipped shakes, customizable to the guest’s preference. The first shop opened in Chicago in 1977 and today there are more than 400 company-owned shops and 50 franchise locations nationwide.