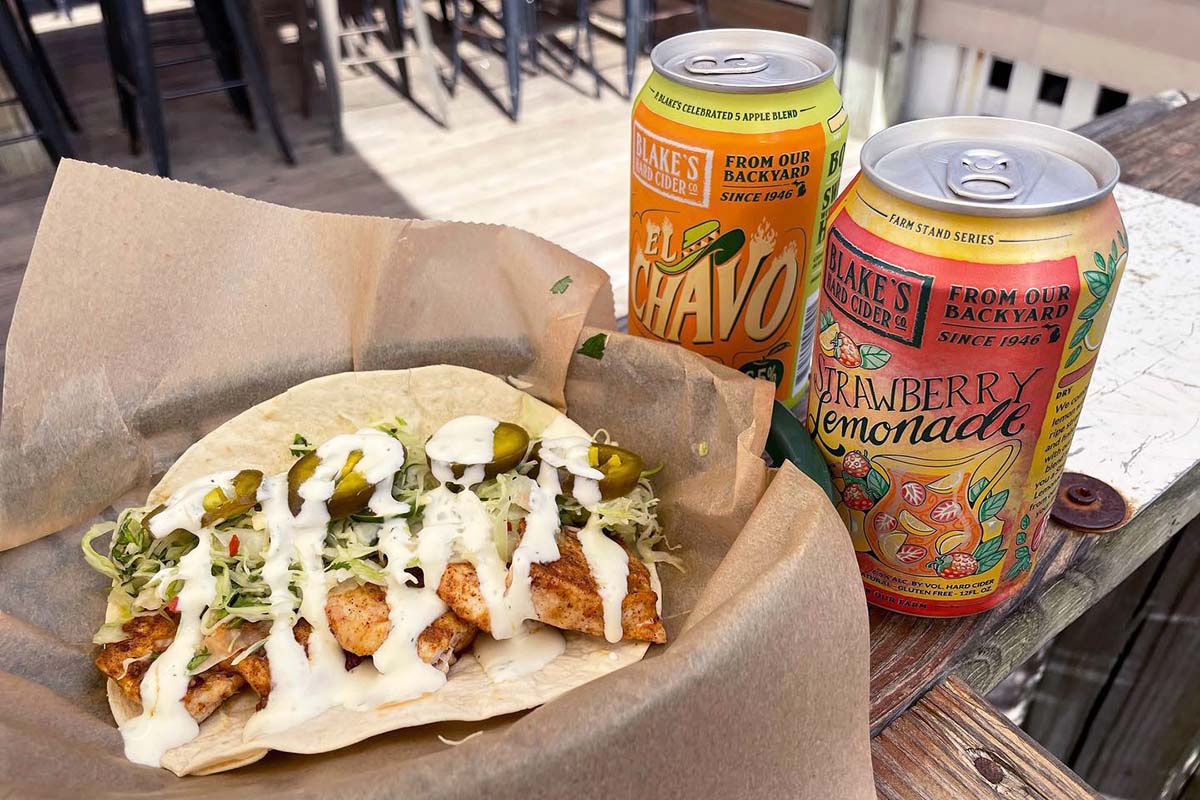 Though located next to Ironclad Golf and Beer Garden instead of the ocean, much will be the same.

The Hampstead Shaka Taco will have a laid-back, casual atmosphere and will feature fresh, locally sourced food, according to owners Steve Christian and Cody Leutgens.

In fact, with a few additions such as appetizers and hotdogs, the new restaurant will replicate its sister restaurant’s menu.

Diners can feast on its beer-battered fish tacos, which are served with cilantro, lime cream, and avocados; jumbo chicken wings flavored with a chili-lime rub and accompanied with six different sauces; taco bowls made with the restaurant’s signature tacos and served over coconut or Mexican rice; and acai bowls, a fresh fruit concoction topped with crunchy peanut butter, granola, and toasted coconut.

The Hampstead Shaka Taco will be housed at the former Belvedere sandwich shop, which Christian and Leutgens are renovating to reflect the Shaka Taco image.

It will seat 45 people inside, and as it is located next to the golf course’s expansive beer garden, will have extensive outside seating. Eventually, the outdoor area will serve as a multi-entertainment venue, including games for children and adults, outdoor TVs, and music and other entertainment, according to Christian.

“People can bring their family, their mom and dad, and eat,” he said. “The kids can play outside and be safe. Adults can meet a friend, watch a game, or come by and have a beer. It’s all-inclusive.”

The Hampstead Shaka Taco, projected to open in October, expands the business and satisfies northern Wilmington customers who like the Surf City Shaka Taco but don’t want to fight the beach traffic to eat there, according to Leutgans.

“We wanted another option for people to enjoy our food,” he said. “What better way to serve the company and the community than to grow to another location. People in the area are excited to have Shaka Taco come here.”

For starters: Bakery to open with loaves crafted from century-old French sourdough base