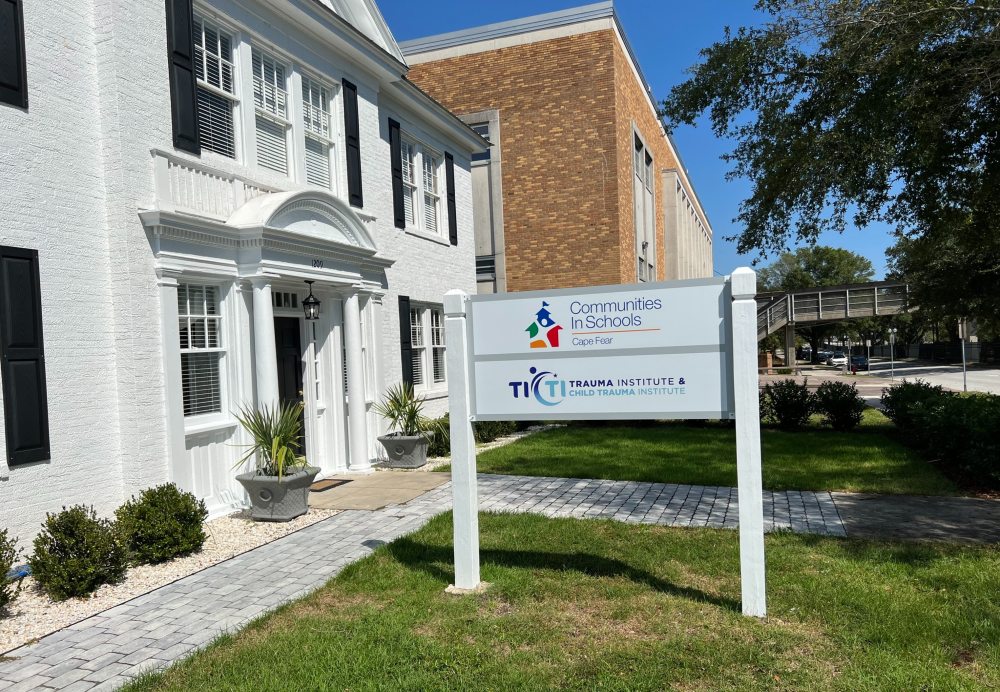 Communities in Schools of Cape Fear has moved to new headquarters in downtown Wilmington. (Photo courtesy of CIS of Cape Fear)
A nonprofit that serves area schools is celebrating its next chapter.

Communities In Schools of Cape Fear has moved to a new Wilmington headquarters location, 1209 Market St., which is at least three times larger than its previous spot at The Harrelson Center on North Fourth Street.

"The larger facility will provide our New Hanover County staff the space they need to collaborate on how to best serve our region’s students,” the group's executive director Louise Hicks said in a news release. “Having started in a tiny office with a two-person staff back in 2005, it’s been incredibly rewarding to see our programs and staff grow to where we are today."

"This summer we built our capacity significantly. CIS of Cape Fear hired 30 more staff members, and extended our reach into seven new schools this fall," Englehart said in an email. "It was time for a bigger space, and the perfect partnership presented itself with the Trauma Institute & Child Trauma Institute."

CIS is sharing the space with the institute, which is an organization that provides free, intensive trauma therapy "to promote the healing and healthy development of children and adults who have experienced trauma or loss," the release stated.

CIS has been "laying the foundation to expand for years now, but the process was sped by the extra financial support that came during COVID, the MacKenzie Scott gift, and a new grant that allows us to bring on a few new student support specialists to serve McKinney-Vento students," Englehart said in the email. "Our partnership with New Hanover County/Port City United also provided funding this year to put more staff members into schools CIS already had a presence in."

CIS of Cape Fear was one of 40 Communities In Schools affiliates chosen by philanthropist MacKenzie Scott to receive a direct gift as part of an overall donation of $133.5 million to the national CIS umbrella group.

Scott, billionaire and ex-wife of Amazon founder Jeff Bezos, gave $1.5 million to the local CIS, according to a February announcement.

CIS of Cape Fear's new location next to Hanover High School is two blocks away from CIS’s youth center, WIRE. The organization is celebrating the move with a ribbon-cutting event Wednesday.

The CIS ribbon-cutting announcement also highlighted the work of TICTI.

“We help troubled students put their trauma behind them and move on with their lives,” said TICTI founder, psychologist Ricky Greenwald, in the release. “Trauma and loss can cause school under-performance as well as behavioral issues, substance abuse, anger, anxiety, and depression.”

Students meet with a trauma therapist for up to six hours a day for up to five consecutive days at a time. "TICTI utilizes the best of the well-researched trauma healing methods, including EMDR," the release stated.

Kymberly Lasser-Chere, director of the Wilmington satellite office, said in the release, “TICTI looks forward to the opportunity to serve the Wilmington community and to positively impact the lives of struggling youth and teens."