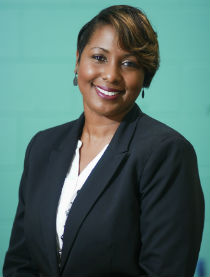 Charrise Hart
After serving the YWCA Lower Cape Fear for two years, CEO Charrise Hart will leave her position to become CEO of Ready for School, Ready for Life, a Greensboro-based nonprofit, according to an announcement Thursday.

"While this is a fantastic opportunity that promises to be challenging and exciting, it is difficult to leave the YWCA and the amazing work we do to serve our community," Hart said in the release. "What we have accomplished during my time in Wilmington has fundamentally improved the visibility of the organization, as well as our commitment to the mission."

Hart will remain as CEO of the YWCA through mid-August, said Lauren McConville, communications manager with YWCA.

In her time with the organization, Hart has helped expand its existing services, as well as aided with the creation of new outreach programs, such as financial literacy workshops for those who have experienced domestic violence, the small business and entrepreneurial support program Coastal Women’s Ventures and an empowerment program for teen mothers in Columbus County, according to the release.

"Charrise has certainly embodied the mission of the YWCA by empowering the staff and board and leading the organization to continue to reach greater potential," said Carol Kennedy, YWCA board president, in the release. "She has built solid relationships in the Cape Fear region, putting us in a good place from which we can continue to grow our programming, enhance our facilities and continue our community outreach. We wish her all the best in her new endeavor."

Hart was initially hired as executive director with the nonprofit on June 2017 after a more than six-month search, becoming first African American woman to have a leadership role at the local YWCA.

She moved to Wilmington from Greensboro and succeeded Susan Fennell, who served the YWCA for five years.

The YWCA Lower Cape Fear Board of Directors will oversee and guide the transition of leadership for the organization, stated the release.

YWCA seeks to help the community through different focus pillars including racial justice and civil rights, economic advancement of women, early education and youth enrichment, facility support and empowerment and health and safety, according to the organization’s website.

Ready for School, Ready for Life focuses on early childhood development and education. Hart will start her role there Sept. 3.

“Together, we have demonstrated to our community that our services, our voice and 105-year-old mission are still relevant and vital to social change,” Hart said in the release. “Not only has my role and partnership been rewarding, it has resulted in greater impact for southeastern North Carolina.”