PACE, which stands for Program of All-Inclusive Care for the Elderly, is an alternative to residing in a nursing home or assisted living facility for people ages 55 and older who need some skilled nursing level of care. Elderhaus Inc. bought the more than 6.5 acres and three buildings at 1380 N. College Road (pictured below) from Church of God of Prophecy on Aug. 21, the deed shows.

The Elderhaus PACE program is currently leasing space at 2222 S. 17th St. across from New Hanover Regional Medical Center's main campus, and the lease is up in 2021.

"Over the next almost 30 months we're going to be renovating the [North College Road] property, preparing it to be a PACE program," explained Adam Hyatt, executive director of Elderhaus Inc.

Elderhaus Inc. was founded more than three decades ago by Linda Pearce, and now consists of Elderhaus PACE, Elderhaus at the Lake adult day services at 1950 Amphitheater Drive in Wilmington and Elderhaus Home Care based out of 2222 S. 17th St.

The North College Road buildings contain 32,000 square feet, according to the property listing. 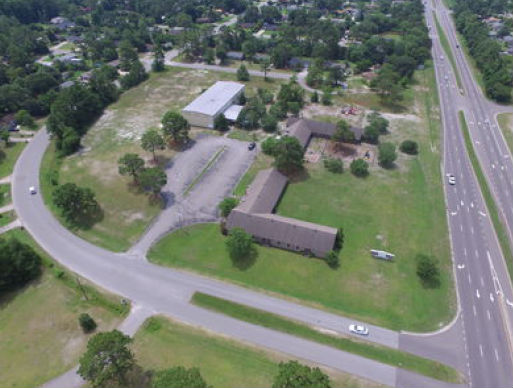 About 120 members of the community are provided services by Elderhaus PACE, Hyatt said, with an average daily attendance of 78. Elderhaus Inc. serves 200 people total, a number that is expected to grow.

"It will be nice to own a property and pay a mortgage instead of a lease so that it will be our property, and there's a potential benefit to having our own location in a visible part of the community," Hyatt said. "Right now, we're not seen when people drive by; we're kind of set back away from the road, and so having a location that's more visible will be good for us."

The new property will also allow for expansion in the future and better access to other areas outside of the current service area, if the state approves potential expansion plans into more zip codes, Hyatt said.

"We've been saving money for a while, and we've been working with First Citizens Bank for financing," he said of the money used to buy the property. A potential capital campaign and possible grants are expected to help fund future work there.

He said the church was "amazing to work with" and the purchase was "one of the few spaces we could find that fit our need."

The listing agent for the church property was Jason Windham of Maus, Warwick, Matthews & Co., while other agents at the firm, Keith Austin and Charlie Rivenbark, were the selling brokers.

With services provided by Elderhaus and covered by Medicare and Medicaid, PACE was pioneered in North Carolina by a doctor, Marsha Fretwell, Hyatt said. He said the Elderhaus PACE was the first PACE site in North Carolina, celebrating its 10th anniversary in April this year.

There are only a few such independent programs across the nation that are not attached to a larger health care organization, Hyatt said.

September has been proclaimed PACE month by Gov. Roy Cooper and New Hanover County officials, and the Wilmington City Council is expected to make the same proclamation at its Sept. 4 meeting.

"Our mission is to promote and sustain the independence of seniors wishing to remain in the community," Hyatt said.