Wilmington To Lose Voice For Affordable Housing To City Of Asheville 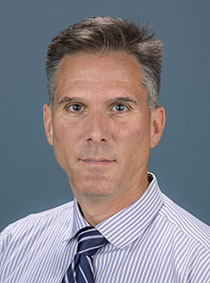 Paul D'Angelo
The Cape Fear region is losing an affordable housing advocate to the city of Asheville.

Paul D'Angelo (pictured at left), chairman of the Cape Fear Housing Coalition, has accepted the job of affordable housing development specialist in the western North Carolina city, which has been tackling its own major affordable housing problems in recent years.

"It's a great challenge, but it's also a really great opportunity, and I'm really excited to work with a community that understands the issue and how pressing it is and they're also working on solutions," said D'Angelo on Monday.

D'Angelo is also leaving his position as director of affordable housing at Tribute Properties in Wilmington for his Asheville move. The need for affordable housing is a crisis there, D'Angelo said. For example, in his own search for a place to live in his new city, he got an email about a listing Monday for a 1,000-square-foot, two-bedroom, one-bathroom house selling for $325,000 about three miles outside of downtown Asheville.

That's an illustration of how expensive it can be to live there, D'Angelo said.

"They are such a hot spot and destination not only for tourists but also for people who want to live there, so it’s really driving up costs of housing but similar to Wilmington, [Asheville is also] mostly a service economy," D'Angelo said. "The wages aren’t matching up to the housing costs, and it’s a big topic of conversation up in Asheville and turning into a big problem. That said, they’re being the most proactive about it in the state to address the issue, realizing that they’re losing some sort of sense of community by not having housing for all the service folks and the community members that are there taking care of the city and making it such a great town."

Asheville has a housing trust fund and a land use incentive grant program, D'Angelo pointed out, two things he'd like to see Wilmington adopt.

In Wilmington in the past three years, D’Angelo expanded the Cape Fear Housing Coalition's network and impact by working closely with the N.C. Housing Coalition to monitor state and federal policy impacting affordable housing and to advocate for more resources dedicated towards the development and preservation of workforce and affordable housing, according to a CFHC news release.

During his tenure, D’Angelo also initiated many programs, including the Solution Series — quarterly workshops on issues impacting affordable housing with a focus on the solutions used by other municipalities to address concerns, the release said.

In an upcoming example of an awareness program, CFHC hosts its annual January Legislative Breakfast at 7:45 a.m. Thursday in City Council Chambers at City Hall, where the speakers will be Samuel Gunter, director of policy and advocacy of the N.C. Housing Coalition, and Mel Jones, research scientist at the Virginia Center for Housing Research at Virginia Tech.

“Paul has been one of the drivers championing housing affordability in the region,” said Cape Fear Realtors COO Shane Johnson, in an email Monday. “He has been effective in highlighting the problem faced by many, especially in this service-driven economy, while proposing ways to address it. He will be missed.”

Also in his role at CFHC, D'Angelo led the effort to develop an affordable housing street sheet, an important tool for many individuals and the nonprofits that aid them in finding a home, and helped organize the coalition's first Real Households of New Hanover County tour this summer, which highlighted various types of affordable homes and communities, as well as programs that help low-income families and seniors make repairs and keep their homes, the CFHC release said.

To engage the public, the release stated, D’Angelo partnered the Cape Fear Housing Coalition with the University of North Carolina Wilmington in 2016 to conduct an affordable housing survey as a first step in gauging the community’s awareness and opinions on the issue.

Also in 2016, the City of Wilmington/New Hanover County Ad Hoc Committee on Improving Workforce/Affordable Housing was formed, and D’Angelo served on that as well, working to identify best practices to improve and increase the stock of available workplace housing in the region. The panel's recommendations were presented to the Wilmington City Council and New Hanover County Board of Commissioners during the summer of 2017.

CFHC officials said in their release that D'Angelo is expected to continue "to affect change in our area through collaboration and his advocacy at the state level."

"One of our greatest successes with the coalition is that we’ve expanded our scope, reached out, and took a hard look at what other North Carolina and South Carolina counties are doing to increase affordable housing opportunities,” D'Angelo said in the release. “We’ve tried to present those solutions here, before it’s too late. That connectivity is a big deal because we need all the knowledge and strategies we can get to solve this incredibly complex issue. I want to be able to continue that. I look forward to sharing anything new I learn with my friends in Wilmington, and I plan on picking up the phone and buzzing ideas past the CFHC. It’s important that we connect the state better and let our leaders know that affordable housing is not simply a housing issue. It’s an economic issue, a social issue, an equity issue, a health issue, a community issue. It’s all connected.”

For the past two years, Paul D’Angelo has worked as the director of affordable housing at Tribute Properties, and Tribute developers recently announced plans for a new housing project that would make 10 percent of its units be affordable to people who make 80 percent of the area median income, or around $38,000 for one person, according to federal numbers.

Previously, D'Angelo spent five years working with the Wilmington Housing Authority as the leader of the SouthSide Choice Neighborhoods Initiative, a Housing and Urban Development program that transforms distressed communities with public and assisted housing into viable and sustainable mixed-income neighborhoods of opportunity, the CFHC release stated.

For the Wilmington-area's affordable housing future, D'Angelo said, "I think it's time for the political and policy leaders to act and start with recommendations from the [affordable housing] adhoc committee . . . We have the opportunity to get in front of it here [in Wilmington] and I hope that our people do."

For more information on affordable housing in the Wilmington area, check out Friday's print edition of the Greater Wilmington Business Journal: The area made some strides toward addressing the issue during 2017, but the need for more workforce and affordable homes is expected to continue to be a complicated one and the subject of conversations this year.