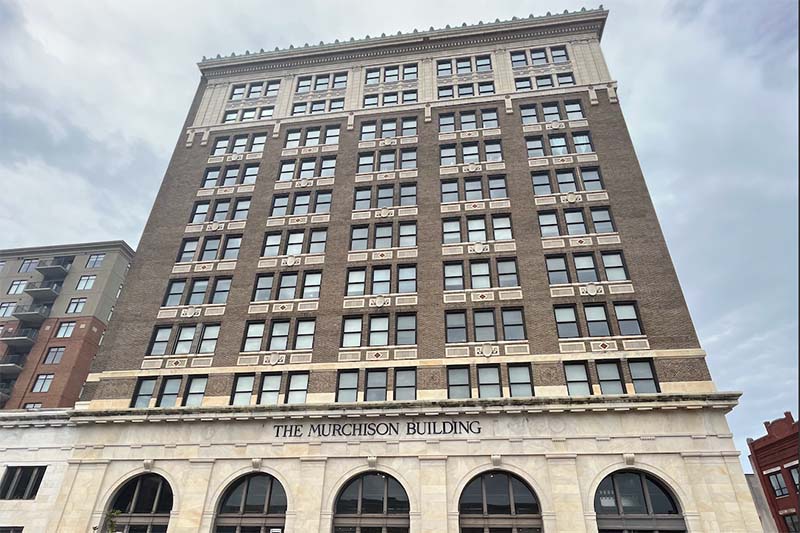 Cape Fear Commercial announced the sale Thursday, citing Paul Loukas and Lindsey Hess as representing the buyer in the transaction. The buyer is West Brackett Inc., a subsidiary of Bush Watson, and the seller is Murchison Group LLC, which has owned the building since 2014, according to county records.

"We have no intention to make any changes," said Jessica James, a spokesperson for Bush Watson. "We're just looking forward to working with the current tenants."

The 11-story office building designed by Kenneth Murchison was completed in 1914, according to Cape Fear Commercial's release. The Murchison Bank originally operated out of the first floor of the Neoclassical Revival building “behind the signature columns and marble base of the building’s lower exterior,” the release states.

Before the completion of what is now the 12-story Thermo Fisher building in 2007, the Murchison was the city’s tallest structure for nearly 100 years.

“It’s an understatement to say that this was a delicate and complicated transaction,” Loukas said in the release. “With rising interest rates, and the fact that the building is a century old with over 80 tenants, we had to be nimble at every step.”

Bush Watson acquires and enhances the values of multi-family and mixed-use properties, according to its website. Last year, the firm acquired downtown apartment complexes in Wilmington, but a majority of its holdings are in the Northeast.

Port Property, a property management company owned by Bush Watson's founder, Tom Watson, will manage the Murchison building's tenants. Port Property announced its expansion into Wilmington in June and had established an office inside the building before the acquisition. With about eight employees in Wilmington, Port Property has plans to expand, James said.

Before physically relocating, Port Property managed other Bush Watson properties in Wilmington, including The Pearl, The Mini Pearl, The Jewel and 2010, 2011 and 2012 Red Cross St. Bush Watson purchased The Pearl-related properties last spring for $11.5 million.