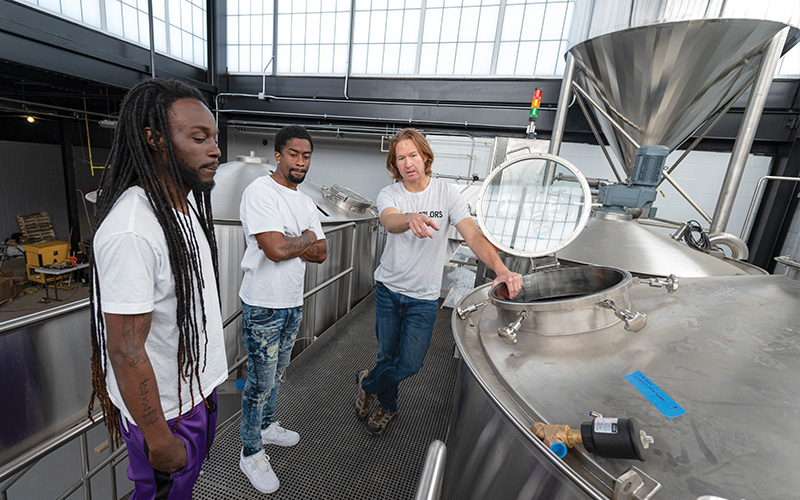 A Wilmington brewery with a social impact mission and backing from a large national beer company ceased its operations this year.

TRU Colors CEO George Taylor announced the company’s end in September, just a few months after its taproom had opened on Greenfield Street. The company had also been distributing its first beer, TRU Light, at grocery stores and bars throughout the state for about a year, with the goal to grow its distribution outside of the state.

The company was founded with the mission to address gang-related violence in the community by hiring active gang members. TRU Colors sought to provide gang members with a steady salary and give them skills that would result in personal and professional growth.

Since its founding in 2017, the company had experienced ups and downs, from receiving investment from Molson Coors and a $9.25 million financing from PNC Bank to criticism from some members of the community after a high-profile fatal shooting involving employees.

The shooting, which took place at George Taylor III’s home (former COO of TRU Colors and Taylor’s son,) resulted in the death of TRU Colors employee Koredreese Robert Tyson and his friend Bri-yanna Emily Williams. It became the focal point of the article “A Brewery’s Anti-Violence Mission, Complicated by a Killing” published in The New Yorker, which brought up questions about the company’s undertaking and its CEO.

In his statement on the brewery’s closure, Taylor said the decision was a culmination of what he called unfavorable media reports with “salacious headlines and biased stories,” dried-up investments and lack of local support.

“There was no playbook, and while we made mistakes, we learned and TRU Colors became effective in its social mission,” Taylor wrote in his statement. “TRU Colors is so much more than a startup or financial investment. It is a vision and a mission, that are critical to our future. What our team did mattered and what our team did worked, but we ran out of runway. The cost of change is high.”

Some local organizations rallied to assist laid-off workers including New Hanover County’s Port City United, which began coordinating with employees soon after the news of the closure. Cape Fear Community College officials reached out to TRU Colors employees to offer help through its educational and apprenticeship programs.