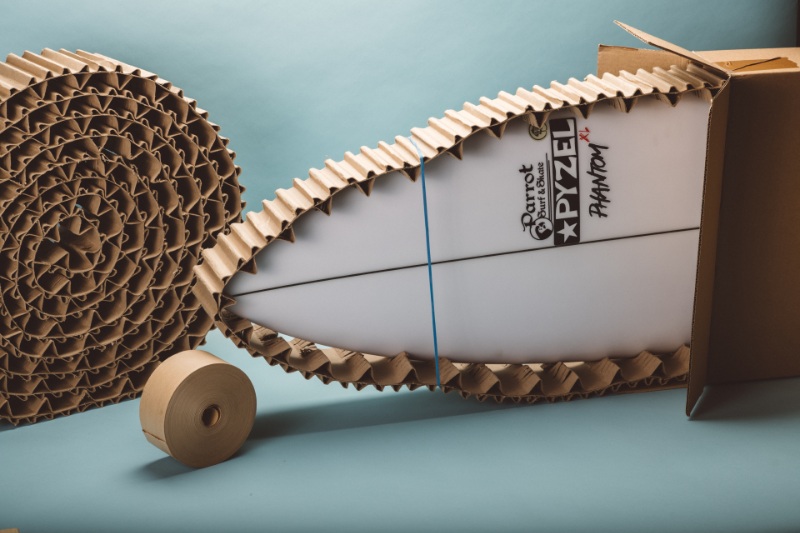 The launch of the project includes the release of the new documentary series Journey to a New Earth and the introduction of a catalog of recyclable mailers.

Atlantic Packaging has been implementing practices to be more sustainable under the leadership of its President Wes Carter.

During his world travels and surfing, Carter saw the world increasingly get polluted with plastic waste. This prompted him to start conversations with other surfers and the supply chain industry that Atlantic Packaging is a part of.

“After hearing well-known surfers share their personal stories of how they’ve observed the rise in plastic pollution in the oceans, there was a big moment when I realized a lot of the plastic waste was coming from packaging, a supply chain that I'm part of,” Carter said in a press release. “This was the catalyst for A New Earth Project and is at the heart of this strategic collaboration. Atlantic Packaging has a seat at the table with the largest consumer product companies in the world. We are in a unique position of having both the ability, and what I believe is the responsibility, to drive the changes that must occur.”

The initiative includes a coalition of outdoor enthusiasts, industry-leading brands and packaging suppliers involved in the effort to create, scale and advocate for sustainable packaging, according to the release.

The eight-episode series chronicles the challenges that global waters face, and the people, brands, and organizations who are collaborating to find solutions, the release stated. The show airs on FUEL TV at 5 p.m. and on Outside TV at 9 p.m. with new episodes each week. It will also be available on anewearthproject.com starting on Saturday.

Friday also marks the launch of the New Earth Approved catalog, which features a website with a collection of products that are 100% curbside recyclable, made from renewable resources and not harmful to wildlife and ecosystems.

These packaging materials are made by Atlantic Packaging.

In addition, A New Earth Project has teamed up with Quiksilver to present the 2022 U.S. Board Riders National Championship on Saturday in San Diego, California, airing on FUEL TV.