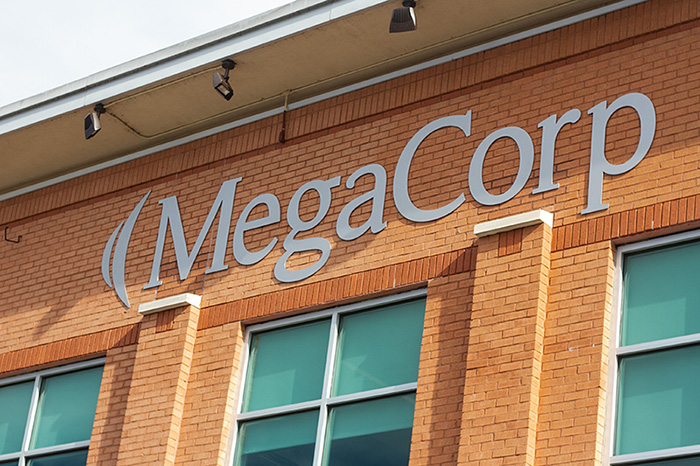 MegaCorp Logistics' headquarters in Wilmington added 130 employees in 2021 and plans to welcome roughly 150 more in 2022. (Photo by Johanna F. Still)

A third-party logistics firm headquartered in Wilmington has secured a foothold in the Mayfaire-area office market on its quest to make sure its expanding employee base has room as it grows.

The company acts as a middleman between goods producers and trucking carriers; last year it brokered 200,000 loads. It employs 535 between its five locations and brought in $700 million in 2021, up from $50 million a decade ago.

“I don’t see us slowing down,” Legg said recently.

In the spring of 2019, MegaCorp moved into its current HQ building after a major renovation.

Even with about half the employee base currently working remotely, the company has run out of space, with in-person workers jockeying for parking spots. Throughout the pandemic, MegaCorp never stopped hiring, so it now can’t accommodate all of its Wilmington employees in person if they all decided they wanted office space.

It takes about one year of in-person training for a new employee to get a firm understanding of the industry, soaking up expertise from peers nearby. Because of this learning curve, Legg said he probably wouldn’t hire a new entry-level remote-only employee but knows many of his experienced now-remote sales reps may never come back to the office.

The LLC also picked up Wrightsville Beach’s old landfill next door in a separate deal just before Christmas, last used to store the beach town’s debris off-island during Hurricane Hazel cleanup in 1954. This property could eventually turn into a parking deck or another office building, Legg said.

“We just wanted anything around here,” he said. Once Cape Fear Commercial and Trask Land Co. move out of their office space at 1051 Military Cutoff Road, MegaCorp intends to usher its employees in by July when planned renovations are completed.

Legg said the company is committed to Wilmington, and he wants to stay put, as evidenced by the recent purchases. This year, Legg said, the company also intends to be aggressive in the Jacksonville market, moving into a new space there in March, with 120 desks and so far 20 employees.