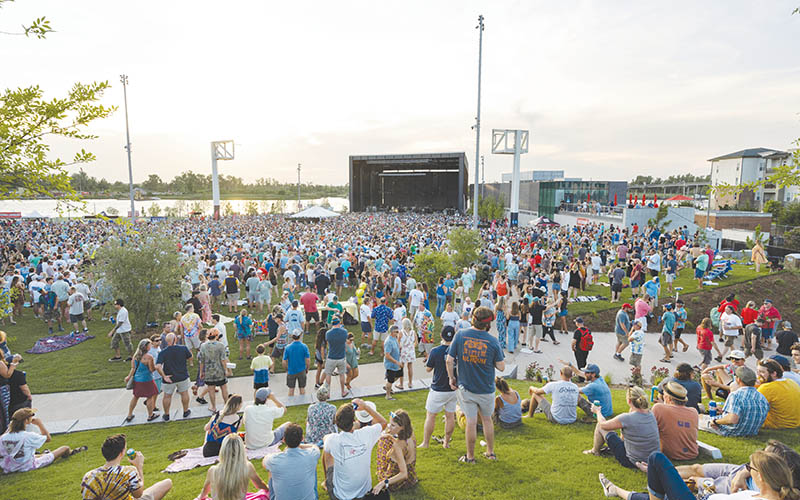 According to city of Wilmington figures, nearly 90,000 tickets were sold to the 20 performances booked by venue manager Live Nation at the pavilion in 2021, from the opening in July with three days of Widespread Panic performances to its last show in October. That’s almost 10,000 more than estimated, said Amy Beatty, community services director for the city.

“We’ve already heard from them [Live Nation] that they’ve received double that amount of interest from agents for the 2022 concert season,” Beatty said.

Live Nation could book more than 20 shows next year if the city manager signs off on it, she said.

“We certainly are excited to hear that the market is so strong here and so obviously with that comes increased recognition of Wilmington throughout the state and country,” Beatty said. “And with that brings tourism dollars and positive growth. But we want to make sure that we are balancing all of that with the wants and needs of our downtown residents and businesses.”

“I think that Wilmington has demonstrated its love of music for a very long time,” Beatty said. “I’ve lived in Wilmington long enough to remember the days of the Mad Monk and nationally touring acts that they were able to book in such a small venue.”

“I think that people have come back stronger than ever in their support of live music. And I believe that the COVID restrictions played a part in it. Everybody was just wanting to get outside and go to an event and have that camaraderie and bonding experience with other human beings,” Beatty said. “And I think the word spread very quickly within the music industry, from the positive experience that artists were saying that they had when they were here. They loved the venue.”

The economic impact of the pavilion is having a huge impact on downtown businesses, officials said, with restaurants seeing sharp increases in revenue.

Wilmington Mayor Bill Saffo said, “The number of hotel rooms that are booked and the amount of alcohol that is sold, the amount of food that is bought – it’s enormous.”