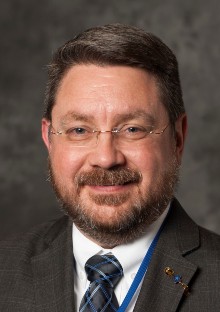 Kenneth Waldroup
The Cape Fear Public Utility Authority Board has named Kenneth Waldroup as its new executive director, according to a news release Wednesday.

Waldroup will succeed Jim Flechtner, who announced his retirement in August last year. Flechtner has been CFPUA’s executive director since 2013.

Waldroup has 27 years of experience in the water industry and is currently an assistant director at the city of Raleigh Public Utilities Department (Raleigh Water), which is North Carolina’s second-largest public water system and serves about 600,000 residents in Raleigh and six other Wake County communities, the release stated.

A licensed professional engineer, he holds a bachelor’s degree in nuclear engineering from N.C. State University and will earn a master’s degree in public administration this fall from N.C. Central University.

Waldroup, whose selection is the culmination of a months-long, nationwide recruitment effort, will begin his role as CFPUA executive director at the end of June. CFPUA has 300 employees and provides water and wastewater services to about 200,000 people in Wilmington and New Hanover County.

CFPUA is governed by an 11-member board, whose members are appointed by the Wilmington City Council and New Hanover County Board of Commissioners.

“I and the rest of the board are pleased to have Ken joining us as CFPUA’s next executive director,” said Wesley Corder, CFPUA board chairman, in the release. “Ken’s background and skillset are particularly well-suited to the tasks of continuing the important, substantial progress accomplished under Jim’s leadership and leading our organization in the years ahead as we continue to improve our service to our customers and the community.”

Also on Wednesday, the CFPUA board unanimously approved a $92 million operating budget for fiscal year 2022.

"For the third year in a row, CFPUA’s operating budget does not include an increase to the rates customers pay for water and sewer service," a news release stated. "The FY22 budget is a 2.2% increase over the current budget, accommodating the resources to keep up with customer growth and repair and replace aging infrastructure in the community’s water and sewer system."

OPINION: COVID vaccination – an ethical versus a legal decision