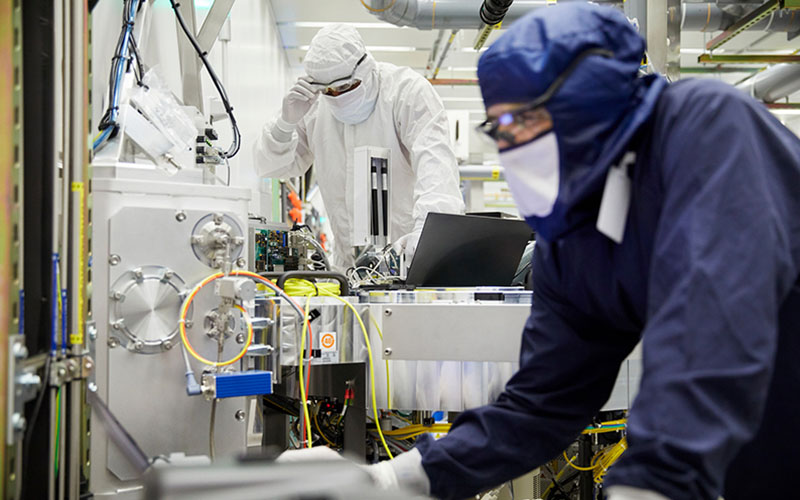 Apple Inc. announced in April that it would invest in a location in Wake County and bring in at least 3,000 jobs. (Photo c/o Apple Inc.)
Apple Inc. and its location in the Triangle could have ripple effects in Southeastern North Carolina, said Ted Abernathy, managing partner of Economic Leadership LLC.

There are several areas in which Apple and its announcement of a company location in Wake County could impact the Cape Fear region, including its supply chains and overall workforce, he said.

Apple in April announced plans to invest over $1 billion in North Carolina and bring in at least 3,000 new jobs. The company will put a new campus and engineering hub in the Research Triangle area, according to an Apple news release.

The investment will create jobs in machine learning, artificial intelligence, software engineering and “other cutting-edge fields,” Apple officials said in the release.

But the business sparked by this economic development announcement also has potential to bring people and new supply chains to the area, Abernathy said.

“Post-pandemic, the supply chains in America are reshoring, and they are getting both more redundant and closer to their host. So that’s the most obvious thing,” he added.

The Wilmington area’s “at-port model” to help build business and jobs around the Port of Wilmington is also an aid in luring those supply chains to the region. He said the port and its local interstate infrastructure matter in terms of gaining those networks for the Cape Fear.

“The infrastructure is key. I think Apple is less likely to generate the need for refrigeration or something like that, but certainly, there’s component parts from all over the world, and depending on what they will ultimately do at the site, when companies like that locate to a place they tend to locate multiple things nearby and overtime because of management structures,” Abernathy said. “So, I think that the infrastructure that we have in Southeastern North Carolina will play a big role in whether or not they grow their footprint in the state.”

For companies like Apple – for which remote working will be more likely – housing options may also spread into Southeastern North Carolina for its workforce. The Wilmington area, because of its proximity to the beach and Raleigh, could be a draw for Apple workers – even though that could make it more difficult for locally based tech companies to compete for knowledge workers.

“I think you will see a lot of workers choose to live in different parts of eastern North Carolina all the way down to the coast because they can. And that will create more housing and more growth there,” Abernathy said.

Wilmington could also continue its growth as a technology business hub with Apple’s location to the state, he said.

“It’s probably one of the faster- growing areas of the state. This helps brand the state as a place for technology and that helps all the areas that are already home to technology companies to continue to be able to market and attract new companies,” Abernathy said.

The Apple announcement was a national story and signaled North Carolina as a place for technology companies, he said, and more of such companies may follow suit in making the state and Wilmington region their home.

Abernathy said, “They won’t all need to be in Raleigh or Charlotte, they will choose places around the state that have a good business climate, good infrastructure and most importantly, where they can get employees.”