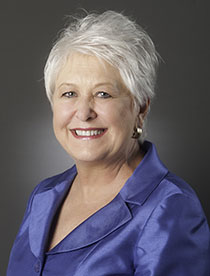 Judy Budd
In late 2007, my search for a sales manager was down to two candidates.

A trusted friend with decades of sales experience was in town, so I decided she should also interview the finalists. I left her with one of the candidates, Judy Budd, at a downtown Port City Java.

Then I didn’t hear anything from them for more than two hours. Eventually I went down to see what was happening.

The formal interview had been dispensed within a few minutes. They just talked, immediately became friends and remain so to this day.

My friend said the hiring decision was a no-brainer. I agreed.

Now, more than 13 years later, Judy Budd is retiring as Associate Publisher of Greater Wilmington Business Journal and WILMA at the end of this week.

Since we can’t throw a retirement party right now, we’re doing a few other things.

Second, since we can’t host the traditional unveiling of our Book on Business (BOB), we’re throwing a “BOB and Judy Drive-Thru” event where you can get a free copy of the 2021 Book on Business as well as wave, shout and honk your congratulations to Judy.

The Drive-Thru event will be on Wednesday this week from 3:30 p.m. to 5:30 p.m. just outside our office at 219 Station Road (near the corner of Military Cutoff and Station roads).

Click here for more details and to let us know you’re coming.

I’d also like to share some other lessons I’ve learned over the years from Judy Budd’s superpowers:

• The Power of Connecting Others – People who work in sales often make the mistake of entering a room looking to make a sale. Judy walks into a room to connect others. She genuinely gets more joy making business and personal connections for others than she does in making a sale.

Whenever Judy meets a newcomer to Wilmington, she quickly assesses their needs and starts making connections. The conversation often ends with her slapping her side and saying, “Just stick to my hip.”

Inevitably all the time she devotes to connecting others and introducing people around town pays off for Judy in trusted relationships that fuel her own success.

• The Power of a Strong Work Ethic – Judy’s stamina is legendary. She would often have an 8 a.m. coffee meeting, work all day and be at an 8 p.m. networking event.

Soon after Judy joined our company, the Great Recession arrived. I can’t recall how many times we stayed in our one-room office downtown until after 11 p.m., creating new offerings and developing new strategies to get us through that period.

Whether her work ethic comes from her Midwestern roots, proving herself as often the only female executive in meetings at United Airlines or building her own printing business, Judy is proof that one key to success is showing up and putting in the work.

• The Power of Personality – People are drawn to Judy because of her energy, commitment and sincerity. Watching Judy at an event is witnessing a beehive of activity with people swirling around her and Judy pulling in outliers. She’s clearly the queen bee.

And Judy is not shy with her opinions. She often picks up on something that takes me a few months to realize. She calls it “woman’s intuition.” I’d call it “Judy intuition.”

Letting people see her personality, her genuine self, drew people in and let them be themselves too.

Judy and her husband, John, are staying in Wilmington. I imagine when we’re able to host big events again, we won’t be able to bar the doors to keep Judy away.

She leaves the Business Journal and WILMA in a good place. In addition to all of her work connecting us into the community, Judy was always a big advocate in giving others responsibility and the spotlight, which helped develop our current team.

Our designer, Molly Jacques, used the words “grit and grace” to describe Judy in the tribute video.

Perfectly said. And even more important is that Judy modeled those behaviors so well that the next generation noticed.

Now show us how to use those superpowers to have a great retirement!

Rob Kaiser is the publisher of Greater Wilmington Business Journal and WILMA magazine. He can be reached at (910) 343-8600 x204 and [email protected].