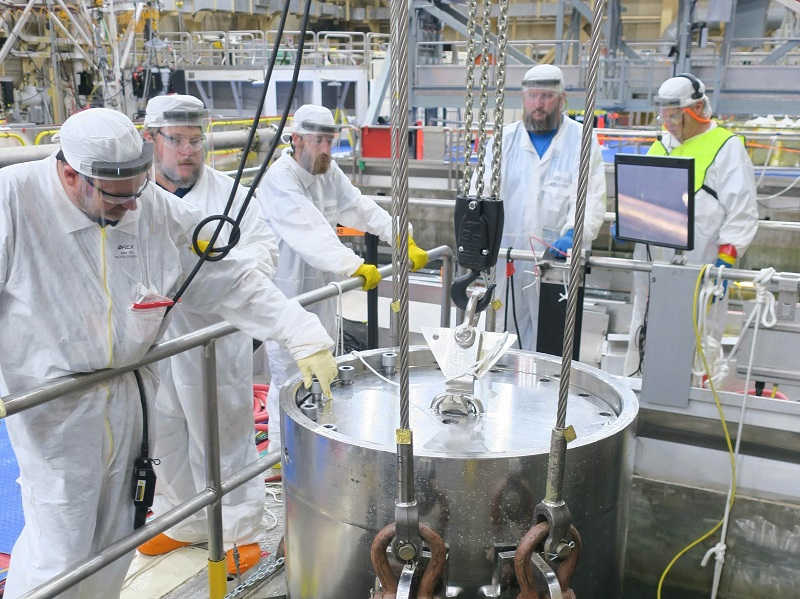 GE Hitachi has achieved a licensing milestone with the U.S. Nuclear Regulatory Commission (NRC) with its BWRX-300 small modular reactor (SMR) technology, according to a news release.

The NRC has issued a final safety evaluation report for the first of several licensing topical reports that have been submitted for the proposed SMR model.

“Obtaining NRC approval of the specific innovations that simplify the BWRX-300 design is a major milestone in our efforts to license this game-changing technology,” Jay Wileman, president and CEO of GE Hitachi, said in the release. “The BWRX-300 will leverage much of the existing licensing basis of the NRC-certified ESBWR and this LTR (licensing topical report) will accelerate our commercialization efforts as we remain laser-focused on making the first SMR operational later this decade.”

The SMR model is the tenth evolution of the firm’s Boiling Water Reactor designs. Firm officials said it’s the most innovative of such designs since GE started commercializing nuclear reactors in 1955.

The recent news comes a year after GE Hitachi submitted the report to the NRC in December 2019. Officials said the licensing topical report “forms the basis for the dramatic simplification of the BWRX-300.”

Two additional licensing topical reports (LTRs) were submitted early this year, and a fourth in September, stated the release. The company anticipates reviews of the earlier reports to be completed in the coming months.

“GEH expects such LTRs to serve as a foundation for the development of a Preliminary Safety Analysis Report that could potentially be submitted to the NRC by a utility customer,” officials said in the release.

And in the firm’s nuclear fuels business, Global Nuclear Fuel (GNF) announced this week that its lead test assemblies of its accident tolerant fuel (ATF) solutions – its IronClad and ARMOR test rods – have been delivered to the U.S. Department of Energy’s (DOE) Oak Ridge National Laboratory (ORNL) for examination after commercial operation.

​The assemblies were developed as part of DOE’s ATF program and manufactured at the GNF facility in Wilmington.

“We are proud to continue our work with customers and partners to develop innovative fuel solutions to lead the industry into the future,” Jon Ball, executive vice president of nuclear products for GE Hitachi, said in the release. “The results of this testing are an important step in the commercialization of advanced fuel technologies.”

They are the “first commercially operated samples from the ATF program to undergo national laboratory evaluation,” officials said in the release.

GNF's IronClad solution is designed "to provide substantial oxidation resistance and superior material behavior over a range of conditions compared to prior solutions. The low oxidation rates of this material at higher temperatures further enhances safety limit margins," officials said.

Lab testing will include visual inspections, microscopy and measurements of the thickness, corrosion and other mechanical and material properties of the cladding, stated the release. The data will be used to determine the performance benefits of the materials and support the licensing of new fuel technologies with the NRC.

The data will also guide the future development of ATF technologies and provide information to the NRC licensing review process.

Officials said the industry is pursuing the licensing and full commercial deployment of ATF by the mid-2020s.