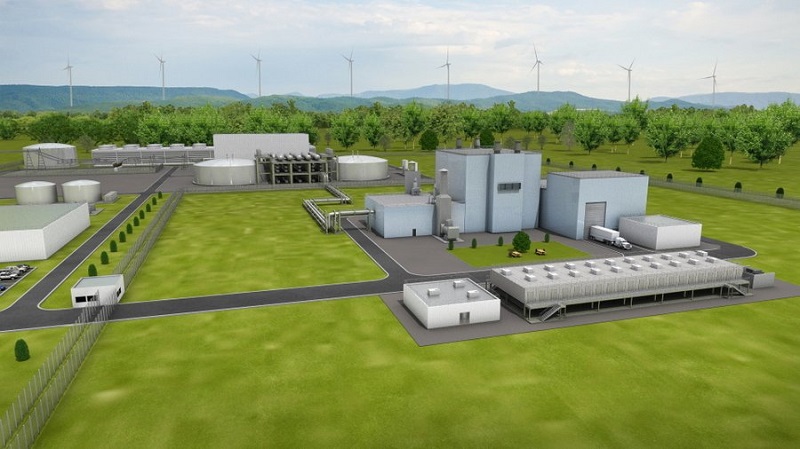 The program is geared toward building the first-of-its-kind commercially licensed advanced nuclear reactor in the United States.

The U.S. Department of Energy named Bellevue, Washington-based TerraPower one of two recipients of the initial funding to build the advanced nuclear reactors, the department announced in a news release this week. Rockville, Maryland-based X-energy also received $80 million through ARDP.

The funding brings public and private interests together through the Advanced Reactor Demonstration Program (ARDP), which will provide $160 million for initial funding to build two reactors -- one by TerraPower and one by X-energy, with $80 million to each firm -- that can be operational within the next five to seven years.

“The awards are the first step of a new program that will strengthen American leadership in the next generation of nuclear technologies,” said U.S. Secretary of Energy Dan Brouillette, in the release. “These partnerships will help maximize DOE’s investment in advanced reactors, which play a vital role in our clean energy strategy.”

The department will invest a total of $3.2 billion over seven years, "subject to the availability of future appropriations, with our industry partners providing matching funds," stated the release.

The awards are cost-shared partnerships in the industry.

Jon Allen, spokesman for GE Hitachi, in an email this week stated that where the reactor will be built has not yet been determined, and the commercial details of the project could not be shared at this time.

The awards to TerraPower are to demonstrate the advanced nuclear technology called Natrium, with technology co-developer GE Hitachi and engineering and construction partner Bechtel Corp., stated a news release. The project will also establish a new metal fuel fabrication facility that is scaled to meet the needs of the demonstration program.

The Natrium reactor is a sodium‐cooled fast reactor that "leverages decades of development and design" by TerraPower and GE Hitachi.

TerraPower and GE Hitachi announced the launch of the new technology in late August. The companies said that energy companies PacifiCorp, a subsidiary of Berkshire Hathaway Energy, Energy Northwest and Duke Energy have expressed support for the commercialization effort.

“As co-developer of Natrium technology, we are proud to be part of the team selected for this program,” Jay Wileman, GE Hitachi president and CEO, said in the release. “Natrium is an innovative path to advanced, flexible, clean energy and the ARDP will further accelerate the deployment of this technology.”

The next step is to work through negotiations before being officially awarded the contract, Allen said.

"Ultimately, we do expect the project to bring work to Wilmington," Allen said. "We have selected our team for the project; now we have to work through negotiations before the contract is officially awarded."

The group anticipates officially starting work on the project in the first quarter of 2021, Allen said.

This particular project, however, is significant for the firm in working with TerraPower to help bring innovation to the nuclear reactor power segment.

"To date, the reactors we have built, serviced and fueled have been boiling water reactors (like the ones at the nearby Brunswick Nuclear Plant)," Allen said. "In comparison, Natrium is a sodium fast reactor, which has many advantages including a higher operating temperature which results in higher plant efficiencies and options for a variety of industrial heat applications in addition to electricity generation."

"With the addition of its energy storage system, Natrium can integrate into and fortify electricity grids that have significant renewable energy sources. While the reactor is rated at 345 MWe (megawatt electric), Natrium can flex to 500MWe for 5.5 hours when needed. This is a very large energy storage capability," he said.

This effort will demonstrate the Natrium design, enabling the commercialization of a new clean-energy power source, stated the release. At the end of the project, the Natrium demonstration will be a U.S. Nuclear Regulatory Commission-licensed, grid-scale reactor entering commercial service.

“TerraPower’s work on Natrium is phenomenal in terms of developing low-cost, large-scale energy technology that will meet the rising energy demand while reducing greenhouse gas emissions,” Bill Gates, chairman of TerraPower’s board of directors, said in the release.

TerraPower was founded by Gates, the co-founder of Microsoft, and a group of "visionaries that decided the private sector needed to take action in developing advanced nuclear energy to meet growing electricity needs, mitigate climate change and lift billions out of poverty," states the TerraPower website.

“The reactor is designed to integrate into grids with high penetrations of wind and solar and offers a significant improvement in cost over conventional nuclear technologies," Gates said in the release. "This type of innovation is extremely difficult, but the Natrium team is equipped with the expertise, commercial experience, and the resources to successfully build advanced, commercially viable nuclear technology in the U.S. that is suitable for global use."

The Office of Nuclear Energy says the projects will bring a range of design features that will help advance the safety and affordability to construct and operate such reactors, "paving the way for the United States to deploy highly competitive advanced reactors domestically and globally," according to the release.