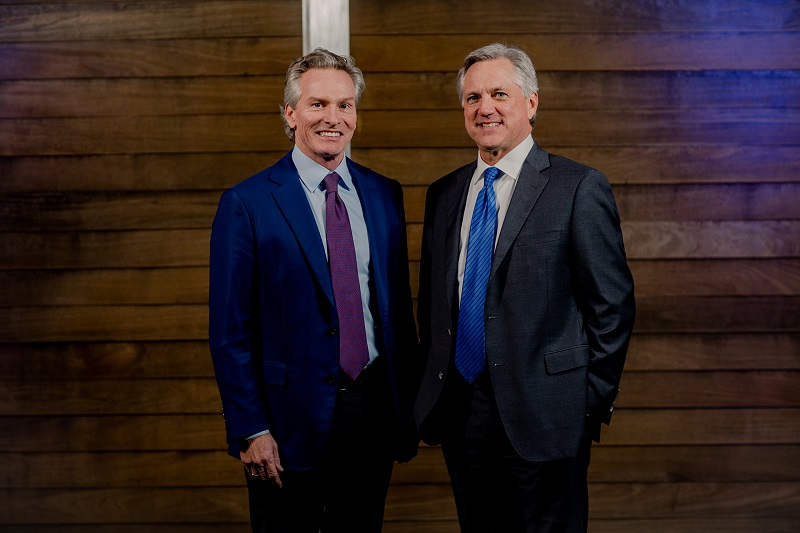 The merger makes the Wilmington location the fourth in North Carolina for CAPTRUST, along with its Raleigh base and locations in Greensboro and Charlotte.

"We said no to literally endless numbers of suitors ... there wasn't any situation that really made strategic sense except this one," Fountain said, adding that the independent, employee-owned fiduciary firm was the right fit for Fountain Financial.

The details of the merger were not disclosed. Fountain said that the deal, however, makes him a major shareholder of CAPTRUST.

Fountain is now principal of the Wilmington location, he said, adding that Fountain Financial Associates advisers Buck Beam, Brice Gibson, Chris Riley and Bob Warwick will remain with the firm, along with its employees.

“The CAPTRUST brand is one that not only has a strong bedrock in our home state of North Carolina, but throughout the entire country. When we evaluated options for our clients, employees and the Wilmington office, we were pleased to see the answer was right in our own backyard,” Fountain said in the release.

CAPTRUST now has more than 330 employees in North Carolina, including over 50 advisers, stated the release.

CAPTRUST is an independent registered investment adviser with more than 650 employees nationwide and $368 billion in client assets under advisement, stated the release.

“There are many important characteristics that we at CAPTRUST look for when considering having a new firm join our team. Among them is having the strong conviction to act as a fiduciary and put the needs of their clients and the community first. These two traits have been a core part of Fountain Financial Associates since the very beginning,” CAPTRUST President Ben Goldstein said in the release.

Goldstein said Wednesday that CAPTRUST has a long-term goal of growing the firm both organically and through acquisitions.

While its organic growth in gaining and retaining clients is a big focus, CAPTRUST has had done about 39 such strategic transactions since 2006, he said.

“We view the acquisitions as a great opportunity to augment that growth and to bring incredible talent and clients into the family at one time,” Goldstein said.

The industry itself is very broad and involved, he said, adding “there seems to be an industry migration towards firms with a certain scale, and part of that’s because the industry is becoming more significantly impacted by compliance matters, by cybersecurity concerns and the ability to invest in those kinds of technology tools that help you protect your clients. And so, there is a benefit of scale.”

The company has been fortunate over the course of its history to grow to its current scale, he said.

“And I think one of the things we find beneficial with some of the firms that join us is they are seeking the scale and the ability to have more sophisticated tools and techniques,” Goldstein added. “We find more interest in – not so much the scale in having a group like Vinton’s –  but just getting incredibly talented advisers and colleagues. In this hiring environment, it’s just challenging to find great talent.”

The acquisition of Fountain Financial Associates is the first closed transaction for CAPTRUST so far this year, Goldstein said, adding "we are highly selective of the firms we choose we bring into the fold."

CAPTRUST does expect more acquisitions in the future, Goldstein said.

The Wilmington location and the client base were an attractive part of Fountain Financial Associates, but above all else, it was the people within the firm and its culture that made it a good fit for CAPTRUST, he said.

The CAPTRUST brand will be taking over the new Wilmington location, in a transition that typically takes three to six months to complete, according to the firm.

Fountain said a big benefit for the firm he founded and its clients going forward is access to CAPTRUST’s people, their knowledge, ideas and innovations.

“Banks and brokerages seem to be big and one size fits all,” he said. “The disruption is independent fiduciary firms that are popping up and creating a business model that is different from the way it used to be done.”

“The future is more about people and advice,” Fountain said, “than it is [about] markets.”