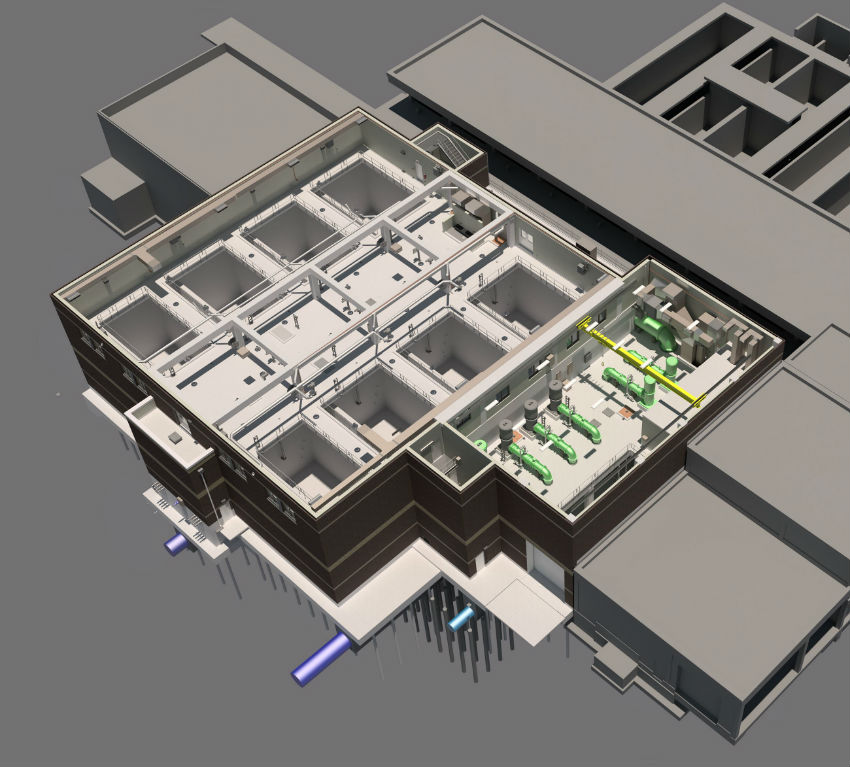 The Cape Fear Public Utility Authority Board on Wednesday unanimously voted to award a nearly $36 million contract to an Ohio-based firm to add filters aimed at addressing GenX and other PFAS in water from the Cape Fear River, according to an announcement Wednesday morning.

PFAS, or perfluoroalkyl and polyfluoroalkyl substances, are a class of chemicals that include GenX, which has been discharged as part of The Chemours Co. operations in Fayetteville. Since news broke two years ago about the existence of GenX in area water supplies, numerous lawsuits have been filed, including by CFPUA.

“Construction on the treatment enhancements will begin in November. The new filters are expected to begin operating in 2022 and enable Sweeney to reduce PFAS concentrations in water from the Cape Fear by an average of 90 percent,” the release stated.

The board also unanimously "approved the sale of 25-year revenue bonds, estimated to total $107.3 million. Of the amount received from the sale, $43 million will fund the Sweeney treatment enhancements project,” the release also stated. “This amount includes a $3 million contract with Black & Veatch for construction-phase support related to the project.”

According to the release, the bond sale will provide $15.4 million to pay CFPUA’s portion of construction costs for an additional pipeline to bring raw water from the Cape Fear River to Sweeney.

“In addition, $48.2 million of the bond proceeds will be used to refinance certain outstanding debt – which, based on current market conditions, is expected to save customers approximately $4.2 million over the life of that debt – and about $650,000 will pay for costs to issue the bonds,” the release stated..

The bonds are scheduled to be considered for approval Oct. 1 by the state's Local Government Commission, with an expected sale Oct. 17.

The GAC filters “emerged as the best option for Sweeney” after a study that also looked at the possibility of reverse osmosis and ion-exchange media. A video uploaded to YouTube by CFPUA explains the project in more detail.

In the two years since Chemours officials met with local leaders and said that they and DuPont had been discharging PFAS into the river for almost 40 years, “staff at CFPUA have worked with state and federal regulators and nationally recognized experts to understand the impacts on our water treatment processes, identify the most-effective treatment option, and develop a plan to significantly reduce the level of PFAS in our drinking water,” said William Norris, chairman of the CFPUA board, in the release. “Our vote today sets that plan in motion.”

The Adams Robinson bid for the construction of the Sweeney enhancement project was the lowest of three bids submitted, the release stated.

“Repaying bondholders will result in a total increase, beginning in July 2020, of $5.57 per bimonthly bill for the average CFPUA residential customer,” according to the release. “That includes $4.42 for the Sweeney project and $1.58 for the second raw water line, as well as a savings of $0.43 resulting from the refinance of prior debt.”

CFPUA filed a federal lawsuit against Chemours and DuPont to recover costs and damages.

“Although the outcome of this lawsuit remains uncertain, a plan under consideration would place any monetary award to CFPUA in a trust to fully or partially fund payoff of the bonds, which would allow CFPUA to reduce customers’ rates proportionately,” the release stated.

Jim Flechtner, CFPUA executive director, said in the release that CFPUA has spent more than $8 million already to address the chemicals.

“To date, those funds have come from CFPUA ratepayers, along with $635,000 grant from the state,” he stated in the release. “Chemours and DuPont have paid none of those costs. They have not even offered to pay.”