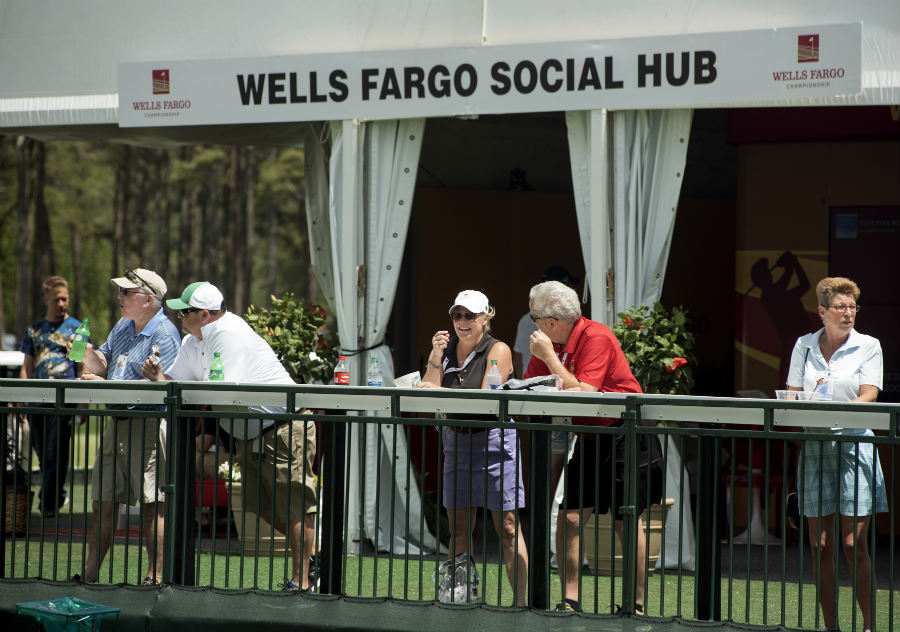 The first PGA Tour event to be held in Wilmington in 47 years, the tournament is being used by local business and economic development leaders as a way to highlight the area to potential employers.

Choose Cape Fear, the chamber and the Wilmington and Beaches Convention and Visitors Bureau will have a bigger presence later in the week, along with other local businesses, at expo tents near the entrance of the tournament and by sharing one of the corporate chalets (pictured below) on the 18th green with N.C. Ports. 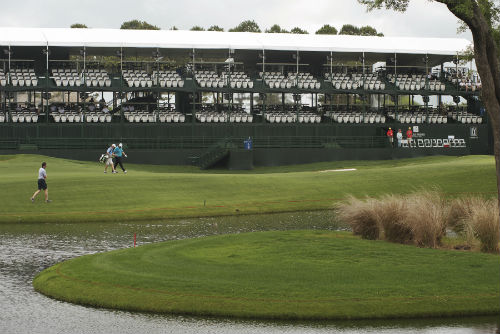 Natalie English, Wilmington chamber president and CEO, had a noon tee time in Monday's Pro-Am. Tuesday is an open practice day with no set tee times, according to the tournament's online schedule. Round 1 begins Thursday, and the final round is Sunday.

The tournament is expected to pump between $40 million and $60 million into the local economy.

"I think it will definitely give this area more exposure," said Head, of the tournament in general.

The Golf Channel and CBS Sports are expected to provide nearly 38 hours of coverage of the tournament. On average, nearly 20 million viewers will tune in and spend more than 21 million hours viewing the tournament on TV from Thursday through Sunday, according to a tournament fact sheet.

Tournament officials announced Sunday that single grounds tickets for each day as well as practice packs for Monday through Wednesday of the Wells Fargo Championship were sold out.

That means no ticket sales on-site at the main gate as previously planned, a news release said.

"The Will Call location at the main entrance will be open to serve those who have previously purchased tickets and for those picking up tickets left in their name by a friend or associate," the release said.

According to the release, a very limited amount of Weekly Grounds Books were available as of Sunday, for $165 each.

"This is the only way patrons can now purchase grounds tickets for each day of the tournament," the release said.

The remaining Weekly Booklets can be purchased at Dick's Sporting Goods locations in Wilmington, tournament Will Call locations at Mayfaire Town Center or online at the tournament's website.

“We reached our threshold this morning and determined the sellout of daily grounds tickets,” said Kym Hougham, executive director of the Wells Fargo Championship, in Sunday's release. “It is always our main goal to make sure the tournament is a positive experience for every one attending. The fact we sold out of grounds tickets for each day is also a testament of how excited the people in the Wilmington area are for the PGA TOUR’s return to this part of North Carolina.”