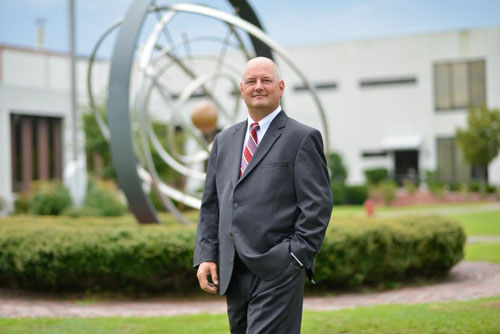 Monday morning, GE announced the close of its $10.6 billion deal to purchase the power and grid businesses of Alstom, a French multinational company. It is GE’s largest-ever industrial acquisition, according to the company’s announcement.

GE Power Services, like GE Hitachi, is a component of GE Power, a new entity created through the GE-Alstom merger.

In his new position, Wileman will lead the global nuclear business, developing new plant, fuel and services strategies for the 60-year-old business, according to the GE Hitachi release. He was tapped for the job several months ago when Reda was eyed as the new head of GE Power Services’ North American division, conditional on the successful conclusion of the acquisition, which underwent a number of regulatory approvals.

While Wileman officially has been preparing for his new role for several months, the reality is that he has been in training since joining GE 21 years ago, he said in an interview Monday morning.

His focus will continue to be on “customers, energy, working within the broader GE, the Internet of Things,” he said. “There are no big changes. I am very happy with the leadership team and strategies at GEH [GE Hitachi].”

Wileman said an announcement of his successor is imminent, although he could not comment on the selected individual except to say that the person is “home grown” and “a great candidate.”

“We’ve got a real strong bench here,” he said of leadership at GE Hitachi, adding that executives not only have technical skill sets but also display strong leadership abilities, thanks to opportunities within GE to learn and grow.

“[Wileman's] global experience combined with his nuclear-specific background will serve GEH very well. He is the right leader for this important time in the nuclear industry,” Bolze added.

Wileman has had several roles with GE during his career, according to the release. He led the company’s nuclear plant projects group where he helped secure Nuclear Regulatory Commission certification for the company’s latest reactor design, the ESBWR, oversaw the creation of a multi-year project development agreement with Dominion Virginia Power and assisted DTE Energy in obtaining the first ever NRC-approved, ESBWR-based combined construction and operating license.

“We continue to work on a couple of our domestic customers, but we’re also looking internationally,” Wileman said, citing potential projects in Poland and Mexico for which GE Hitachi is bidding. “Now we are able to look at those projects differently, bringing Alstom in as a partner with a new approach.”

Prior to the acquisition, Alstom was a supplier to GE Hitachi.

GE Hitachi has just completed its first scheduled outage service of a pressurized water reactor (PWR), which was successful, according to Wileman. The company plans to expand its reactor services business.