The town of Leland's new economic and community development director has been on both sides of the growth equation.

Gary Vidmar, who started in the new position about two weeks ago, spent 35 years working in the commercial construction and real estate development industry, opening his own firm in 1990 near Cincinnati. During the height of the economic downturn in 2010, he entered the public sector, becoming the assitant city manager in Loveland, Ohio. 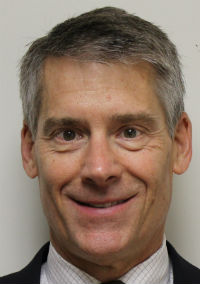 “It was at that time that I began to capitalize on my background as I worked in the public sector to attract business and working with developers,” Vidmar said Tuesday. “Essentially, it boils down to I could talk the talk and walk the walk because I'd been a developer myself. So I was able to bring credibility to the table from day one.”

“There was a void in the north end of the county, where a lot of development is coming in and the need for new businesses is apparent,” Hollis said. “We wanted to take the lead in having someone on staff who could directly communicate with developers and potential businesses to help them locate here.”

The new position includes helping to bring in what residents need as the town continues to grow, he said. Some of those services that residents have mentioned include a large hardware or home improvement store and a wider variety of restaurants with local, home-grown restaurants in the mix, Hollis said.

“The medical industry is doing well in Leland . . . We have an influx of population that is an older demographic, a lot of retirees coming to Leland, so there's big demand for those type of services as well,” Hollis said.

Leland's population estimate as of July 2013 was 16,022 residents, Hollis said. He estimates that the number has grown in the past two years to more than 17,000.

“Obviously, Leland is growing by leaps and bounds,” Vidmar said. “We need to get a handle on our planning efforts to ensure that this growth is controlled to the benefit of the community and the developers and landowners...The growth has to be balanced to achieve long-term goals.”

Vidmar grew up in northeastern Ohio, graduating from the University of Cincinnati with a civil engineering degree. He and his wife, Lori, bought a lot six years ago in Leland's Waterford community, and his new position allowed the couple to move from Ohio to Brunswick County, where they can be closer to their children and grandchildren in Raleigh. Just before working in Leland, he was the village administrator in South Lebanon, Ohio.

Currently, Vidmar, whose salary is $78,500, works in Leland's town hall. Town staff and services are expected to move to a new, much larger town hall in June, Vidmar said, where the municipality can bring together departments that have been spread out in different locations and buildings.

He said his planning and building inspections role coincides with economic development.

In addition to Vidmar, the town has three employees that work on planning and five in building inspections. The town is currently advertising for an additional planner, Vidmar said.