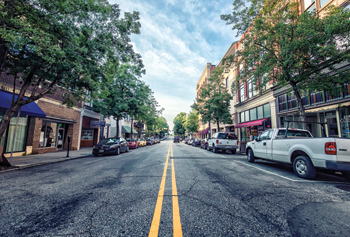 But in August, New Hanover County commissioners and Wilmington City Council members met to choose which of the recommendations related to those needs, as outlined in a report by Atlanta-based consulting firm Garner Economics, to tackle first.

City and county staff members are still in the process of gathering information on each of the first six recommendations the elected officials chose as priorities at a joint meeting Aug. 26, with plans to bring that information back to the board and council, officials have said.

“Ultimately, I think you’ll see a series of meetings with the city and the county,” said Woody White, chairman of the New Hanover County Board of Commissioners.

At the initial meeting, officials said they would hear presentation updates sometime this month. Although a public follow-up meeting had not been announced as of press time, the fact that officials are currently working together on some of the Garner report recommendations, leaders say, is a step in the right direction.

WHAT’S NEXT: “We are working with Wilmington Business Development and N.C.’s Southeast [a regional economic development group that serves 13 counties] to do a micro-regional marketing plan,” Bradshaw said. “We’ll be going to trade shows, meeting with site consultants and looking at possibly doing a joint marketing piece.”

Satterfield said having N.C.’s Southeast, Brunswick County EDC and WBD “working together on a facet or two of a marketing alliance would be beneficial for this area, and we look forward to continuing a long-standing working relationship with these respective entities.”

AN EXAMPLE ELSEWHERE:  Greensboro, High Point, Winston-Salem and Burlington in Alamance County have formed an informal micro-alliance and also travel together to trade shows, said Dan Lynch, president of the Greensboro Economic Development Alliance. In a joint marketing effort, the economic development entities that cover those communities publish a community profile on the alliance’s website.

“It’s a quick read, and it’s printed in six foreign languages and any of the communities can use that as a real brief description of who we are, what we are, what companies are where,” Lynch said.

He credits the cooperative effort with helping to bring FFF Enterprises, a biopharmaceutical company, and Cambro Manufacturing Co. to the region. In April, Cambro, a manufacturer of food service and health care products, announced plans for a new manufacturing facility to be constructed in Mebane in Alamance County, with plans to create 100 jobs and invest $30.4 million over the next three years.

“Companies typically don’t care what side of a geopolitical boundary they’re on; they want the best site. They want access to the best workforce,” Lynch said. “They want the best transportation, infrastructure. We work together to provide that.”

2.) RECOMMENDATION: Providing support for small and new businesses through increased communications and identifying resources that will help them grow.

The activity of new firms and young businesses is strong in New Hanover County, the Garner report states, and studies have shown that those businesses are major players in job creation.

CURRENT SITUATION: Among the resources that already exist is the University of North Carolina Wilmington’s Center for Innovation and Entrepreneurship, which serves as an accelerator for new businesses at its facility at 803 S. College Road.

One of the CIE’s efforts is to educate entrepreneurs about Small Business Innovation Research (SBIR) grants.

“We don’t get the grants. We don’t even apply for the grants. So we’re having to teach people about these grants and then how to write better applications. The state of North Carolina has a person whose full-time job is to help companies pursue these grants,” said Jim Roberts, executive director of the CIE.

One example of the importance of the SBIR program: Businesses can get $150,000 for a Phase 1 grant, he said.

Located in the same former retail center on College Road is the UNCW-affiliated Small Business and Technology Development Center, another resource for growing businesses that’s partnered with the U.S. Small Business Administration.

WHAT’S NEXT: When it comes to creating a welcoming atmosphere for innovation companies like those at the CIE, firms that are expected to grow and create higher-paying jobs, “there has to be a bigger venture capital fund,” Roberts said.

The creation of a bigger fund than those that already exist in the Wilmington area could be championed by local officials, he said.

“They have to approach these private sector leaders in our community and say, ‘Can you put 1 percent of your net worth into a small fund and get 10 people together that could create a $5 million, $10 million venture capital because until then we’re going to grow our companies to a point, and then they’re going to have to pursue money in a bigger market,” Roberts said. “Our companies right now are pursuing capital in bigger cities.”

AN EXAMPLE ELSEWHERE: The website for the city of Seattle’s Office of Economic Development (OED) lists financing options for business expansion.

“For small- to medium-sized businesses that need capital to grow, OED has an $8 million Grow Seattle Fund, which is a partnership between the City, the National Development Council’s Grow America Fund and the Seattle Foundation. The Grow Seattle Fund offers long-term, below-market rate financing for growing small businesses,” the website says.

3.) RECOMMENDATION: Advocate for and develop a realistic and sustainable incentive policy.

CURRENT SITUATION: Incentives in New Hanover County are “unstructured and flexible, by design. The result is that they are also unpredictable. Though being adaptive and flexible in incentive offerings has merit, most (not all) companies, consultants and developers would prefer to see a uniform incentive structure based on the value of the capital investment, jobs created and total economic impact on the community,” according to the Garner report.

The city and county staffs are talking to each other about the possibility of a consistent incentive policy for both entities, White said.

WHAT’S NEXT: “Having both governments looking for similar things would be easier to navigate than having two completely different sets of goals that could be somewhat contradictory,” said Ed Wolverton, president and CEO of Wilmington Downtown Inc.

“The City Council and/or Board of County Commissioners may determine the amount” of those incentives, the website says.

4.) RECOMMENDATION: Rebuilding existing and/or adding infrastructure, particularly the extension of water and sewer service along the U.S. 421 corridor.

CURRENT SITUATION: White said one hope is to extend water and sewer lines by placing them under the Cape Fear River on their way to 421, “but funding challenges and lack of push has resulted in it not being done today.”

A push is critical, officials say.

“There’s a lot of land in New Hanover and Pender County and in this region that with the proper utilities would qualify as very substantial and quality sites,” not just on U.S. 421 but other areas as well, Satterfield said. “Without a doubt, it will take a significant commitment financially and otherwise, but you certainly operate at a disadvantage when essential utilities are not already in place.”

WHAT’S NEXT: In reference to U.S. 421 infrastructure, White said, “My hope is it’s going to be a partnership between the city, the county, the Lower Cape Fear [Water & Sewer Authority] and the Cape Fear Public Utility [Authority].”

A current project might help, White said. Duke Energy and CFPUA are sharing some of the costs of extending a water line to the Flemington community off U.S. 421.

CURRENT SITUATION: Funding to keep economic development efforts going is lacking, city councilman Charlie Rivenbark said at the Aug. 26 meeting. “The last thing that economic developers need to be worried about is going out and raising money amongst the business community,” Rivenbark said. “We’re woefully inadequate in our community; we always have been. They need to be funded and funded properly.”

WHAT’S NEXT: Wolverton said, “That’s something I’ve had experience with in other positions, and so I am tapping into some of my colleagues to help advance dialogue on that issue.”

6.) RECOMMENDATION: Advocating for the continuation of state incentives for the film industry.

CURRENT SITUATION: Despite local efforts, North Carolina’s General Assembly did not extend the state’s tax credit incentive program in its short session, replacing it with a grant program with $10 million in funds for the first six months of 2015.

“The city and the county did everything we could to convince the governor to call the legislature back into session, but that did not happen,” White said.

Local officials expect the loss of the incentives to have a devastating impact on filming next year.

WHAT’S NEXT: It might all depend on the views of those elected to the General Assembly on Nov. 4. Meanwhile, as productions such as Banshee and Homeland announce plans to leave North Carolina, more are expected to follow, officials warn, at least for the near future.

Some local officials are still holding out hope that Gov. Pat McCrory will call for a special session, bringing legislators back to Raleigh to revisit the film incentives issue.

WDI’s board recently sent a letter to McCrory urging the special session on film as well as other statewide economic development.

“Our Board of Directors understands the competitive world in which we live,” the Sept. 29 letter stated. “The loss of historic preservation and film tax credits and the inability to develop a ‘Closing Fund’ to help attract and retain industry is hurting North Carolina and helping our competitors in South Carolina, Georgia, Louisiana and other states that regularly use these tools.”

AN EXAMPLE ELSEWHERE: This year, California expanded its incentive offerings. And in Georgia, which has been one of North Carolina’s biggest competitors for movies and TV shows, incentives continue to provide up to 30 percent of a production’s in-state spending in transferable tax credits.