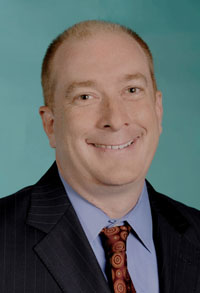 (Jim Roberts)
As the University of North Carolina Wilmington's Center for Innovation and Entrepreneurship celebrates its first anniversary, Jim Roberts is seeing a strong start to the center’s second year.

Roberts, the CIE’s executive director, announced Thursday evening that the center is one of 50 incubators and accelerators nationally that won the U.S. Small Business Administration’s first Growth Accelerator Fund competition. The winners were selected from a pool of nearly 900 applicants by a panel of seven judges who are “experts in entrepreneurship,” according to a  news release from the SBA.

“We are all very proud of this recognition and validation of one year of really hard work to implement the infrastructure in the entrepreneurial ecosystem in the Wilmington region,” Roberts said in an email.

The award carries a cash prize of $50,000 for each entity from the SBA. The purpose of the competition, the release stated, was to “draw attention and funding to parts of the country where there are gaps in the entrepreneurial ecosystem.”

Only two other North Carolina organizations, City Startup Labs and RevTech Labs – both in Charlotte – were among the 50 winners.

"The SBA is empowering accelerators and startups that are on the cutting edge of successful, innovative new endeavors," SBA administrator Maria Contreras-Sweet said in the release. "We’ve seen the enormous success of the accelerator model in communities like Silicon Valley. We believe we can export this type of sophisticated support structure across the country to help start-ups become commercially viable and create jobs more quickly.”

In accepting the money, winners commit to one year of quarterly reporting of such metrics as jobs created, funds raised, startups launched and corporate sponsors obtained, the release stated. The accumulated data, according to the release, will allow the SBA to create a useful database of accelerators and their impact and to develop long-term relationships with the startups and constituents in the communities.

Kim Peyser, special advisor in the SBA's Office of Investment and Innovation, said she sees promise in the new program.

"This program and the 50 prize winners are exciting because their impact has been amplified and their ability to make a real and measurable difference [made] more sustainable," she said in an email. "We will be able to draw a clearer picture of the continuously evolving, high growth entrepreneurial ecosystem in the United States. This dynamic will be evident as the 50 winners report on how they help startups, entrepreneurs and their local communities."

Roberts discussed the SBA program Thursday evening, just as CIE had wrapped up its first venture conference, during which Roberts also announced that the center in partnership with AT&T would house an open device lab. Open device labs are shared community pools of Internet-connected devices for use by web and app developers. Currently in North Carolina there is only one such lab, and it’s four hours away from Wilmington, in Charlotte.

News of other center initiatives was forthcoming at the conference as well.

Presenter Andrew Williams, co-founder of Elite Innovations, a new maker space in Wilmington, talked about his venture’s collaborative relationship with the CIE, which will provide business resources to inventors and tinkerers who use the maker space.

Roberts also announced that the CIE plans to offer a three-month entrepreneurship bootcamp as part of a more comprehensive education effort. In addition, the center will become increasingly involved in two other SBA programs aimed at supporting new ventures: the Small Business Innovation Research (SBIR) Program and the Small Business Technology Transfer (STTR) Program. These two competitive programs are designed to ensure “that the nation’s small, high-tech, innovative businesses are a significant part of the federal government’s research and development efforts,” according to the SBA’s website.

These initiatives will make the CIE a more comprehensive resource for Wilmington’s expanding entrepreneurial community, Roberts said at the conference. In his later email, he added, “We are eager to move forward to the next stage of offering more sophisticated and deeper help to our entrepreneurs with the new device lab, entrepreneur bootcamp, SBIR grant help, tech transfer and a partnership with the maker space.”