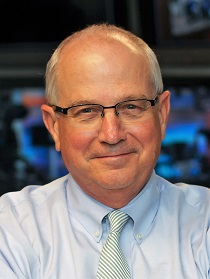 Gary McNair
Vice President and General Manager of WECT Gary McNair has announced his retirement after a decade of working with the company.

McNair announced his retirement Oct. 9. His last day with WECT-TV6, Raycom Media's NBC affiliate in Wilmington, will be Feb. 28. Raycom Media posted an opening for the general manager position this week, according to McNair.

"I've never made it a secret that 2018 is kind of my target year for retirement. And ... I didn't want to become that guy that should have hung it up and retired years ago. I just didn't want to be that person," McNair said of his retirement. "50 years of this is enough.”

“I'm sure I'm going to miss it. But if I haven't satisfied my soul with 50 years, I'm probably never going to be satisfied," he added.

McNair's love for broadcasting began in his sophomore year in high school, which eventually launched his 50-year career in the industry. In the past 25 years, he has managed stations in three different time zones in four different states, including New Mexico, Kansas, West Virginia and North Carolina.

Prior to working for WECT, McNair was senior vice president and general manager of another NBC affiliate, WBOY-TV, in Clarksburg, West Virginia. At the time, he also oversaw operations for WTRF-TV, the CBS/FOX affiliate in Wheeling, West Virginia.

McNair graduated from Marshall University in Huntington, West Virginia, with a liberal arts degree, but worked full-time in broadcasting throughout college, he said.

"I enjoyed it. When I went to college I knew I was going to have to get some extra income somehow and what better way to do it than at a TV station rather than working in a burger place or something," McNair said. "I started out in radio-TV but I ended up getting a liberal arts degree because most of the classes I was taking I was already getting on the job.”

Over the years, McNair said one of the highlights of his career includes chairing an NBC marketing committee in the late 1980s.

"It was pretty cool because I got to work with some of the big campaigns they did with the new seasons; I was an affiliate kind of voice at the network to work on things like that," McNair said.

While at WECT, McNair was elected president of the N.C. Association of Broadcasters, which "was quite an honor," he said. In 2015, he was also inducted into the West Virginia Broadcasting Hall of Fame.

McNair said he was excited to be part of the transition from analog to digital television.

"I got to be a part of the first market in the country ... We were the test market for the digital transition in 2008, shortly after I got here," McNair said. "That was a pretty cool thing to go through."

McNair has also been an active member of the local Rotary Club, past board member of the United Way of the Cape Fear Area, an executive board for the local Boy Scouts and has been heavily involved in his church, he said.

"Wilmington is probably one of the nicest places I've ever lived. And I have found this town more welcoming than any place I've ever lived," he said.

But McNair said he is leaving Wilmington as a permanent resident in his retirement. Though he said he will return to the city, he and his wife of 40 years will be retiring in Lakeside, Ohio on Lake Erie. McNair said his retirement will also give him the opportunity to spend more time with his two children and grandchildren, as well as travel.

"I still have reasonably good health and there are some things I want to do that are made difficult by holding down a full-time job," McNair said in an email. "I count myself very fortunate to have spent the last 10 years of my career working at WECT.

"Not many people can say they live in a wonderful place, manage a legacy station, work for a good company, have a great boss and get to be surrounded by such wonderful people doing really good work. This job has provided me with so many great memories of the places I’ve been and the people I’ve met. I appreciate it now and I will cherish it forever."

Correction: This story has been updated to reflect that McNair will retire in Lakeside, Ohio.