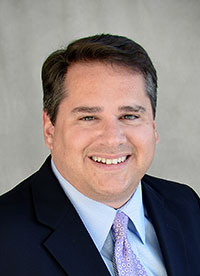 Mike McGill
The former head of communications for the Cape Fear Public Utility Authority, and another longtime water utility director, have launched a new communications firm dedicated to helping water and wastewater companies throughout North Carolina and the nation.

Those services include short-term, long-term and emergency communications services that, he says, work to strengthen community outreach and communications of water companies like CFPUA.

“I’ve thought about launching WaterPIO for some time; there’s a clear need within the water and wastewater industry for a communications-focused firm. Last fall’s raw water main break here in the Cape Fear region cemented my decision,” McGill said.

The firm boasts the development of the first emergency notification system that microtargeted customers about boil water advisories, water restrictions, “Do Not Use” notices and sanitary sewer overflows. The firm is also NIMS/ICS- trained and acts as public information liaisons in major emergencies such as hurricanes, transmission main failures, algal blooms and contamination from coal ash.

“I’ve been a communications leader for about 10 years now, and I know that there is a need out there for water professionals who just don’t have the time or resources to communicate how they, perhaps, want to with their customers,” McGill said. “If I can provide that operation to utilities across the state, then that would be successful, in my mind.”

McGill said the company is still within the early stages of employee and client development but is working with its first client – the CFPUA – on its annual report.

McGill left the Cape Fear Public Utility Authority on April 24 after four-and-a-half years of service. CFPUA has announced it will be filling that position. 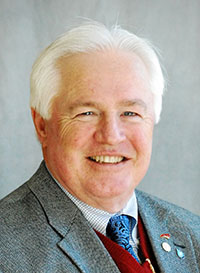 McGill is joined by Mike Richardson (left), who is serving as WaterPIO’s of counsel. Richardson, who worked to oversee the Sweeney Water Tratment Plant in Wilmington for 22 years, and served as president of North Carolina’s three main water associations, is providing technical expertise and guidance on current and future regulatory issues at the firm.

“When someone of Mike Richardson’s stature agrees with your idea and offers to partner with you, you know it’s time to make the move,” McGill said about his decision to form WaterPIO.

While he plans to get WaterPIO started in North Carolina, McGill said he will make a national announcement about the formation of the firm in a couple of days.