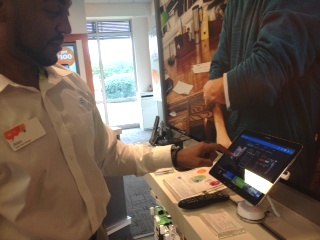 AT&T is rolling out high-speed television service to the Wilmington market as part of a fiber optic-enabled package, according to an announcement Monday morning.

The communications company stated that, thanks to its new network of fiber optic cable in New Hanover County, it is launching a new package locally that will contain U-verse high-speed Internet, U-verse TV and U-verse Voice services in portions of New Hanover County. The package is targeted at residential and small business customers.

The new fiber optic network locally is a result of a $14 billion technology investment the company announced in 2012.

Areas covered by the new package include portions of Wilmington and Wrightsville Beach and some unincorporated areas of the county, according to John Lyon, AT&T's regional director of external affairs. Lyon added that the company will continue to expand U-verse services to other neighborhoods and cities in coming months. Information about current service areas is available at www.att.com/u-verse.

“There is a direct connection between economic growth and success in today’s economy and the availability of leading-edge technologies,” Connie Majure-Rhett, president of the Wilmington Chamber of Commerce, said in AT&T's release. “This next-generation broadband and video is going to enhance the quality of life in our area and will be a plus as we work to attract new companies to locate here.”

This is the first time that AT&T has offered television service in New Hanover County, said company spokesman Josh Gelinas. He added that the fiber optic network will also increase Internet download speeds from 6 megabits per second to as much as 45 megabits per second, and allow a customer's voice mail messages to be displayed on the customer's TV screen.

U-verse TV interactive options include the ability for viewers to customize a multi-view screen with their program or station preferences, said Alex Mason, manager of Wilmington's AT&T store. Using AT&T's current IP "backbone," he said, the service will offer 512 stations, most of them HD, with a connection speed that produces virtually no delay. There is a 550-hour recording capacity, and the recorded material can be viewed on the television or on a tablet practically anywhere within the home or business location.

"You can stream live on your tablet and record from your tablet," Mason explained.

Mason added that the cost of U-verse services is "very, very competitive" especially when they are bundled.

Lyon said that the U-verse services, though enabled by the fiber optic network, are not related to AT&T's planned GigaPower service, which will launch in 13 North Carolina communities in the next year or so. GigaPower will deliver fiber optic service at a speed of 1 gigabit per second, according to company sources.

Gelinas said AT&T has no plans at this juncture to provide GigaPower to Wilmington. North Carolina cities slated for the service at this point are Raleigh and several other Triangle communities, Charlotte and possibly two other cities in that area, as well as Winston-Salem and Greensboro.