Port Of Wilmington Has Nearly $13B Impact On State's Economy, Study Shows 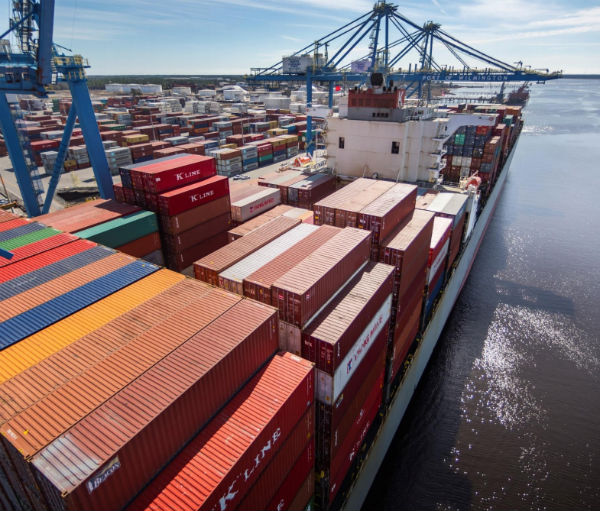 A photo from the Port of Wilmington adorns the cover of the 2018 Economic Impact Study of North Carolina's ports. (NC Ports)

North Carolina’s ports in Wilmington and Morehead City contribute about $15.4 billion to the state’s economy every year, according to a recent study.

The 2018 Economic Impact Study was conducted by the Institute for Transportation Research and Education at N.C. State University, stated a news release from the ports Thursday afternoon.

“At North Carolina Ports, we pride ourselves on being an economic engine for the entire state. Our ports in Wilmington and Morehead City play a critical role in supporting industries across North Carolina including agriculture, manufacturing, retail and so much more,” said Paul J. Cozza, NC Ports executive director, in the announcement.

The ports directly and indirectly support 87,700 jobs across the state, according to the release. The study showed that the majority of the employment contribution stems from activity at the Port of Wilmington, with more than 59,200 jobs.

"The updated economic impact study also shows NC Ports contributes $687 million in annual local and state tax revenue. The county property tax related to activity at the Port of Wilmington is over $192 million and over $32 million at the Port of Morehead City," the release stated. "Activity at both ports resulted in more than $343 million in business sales tax collections across North Carolina."