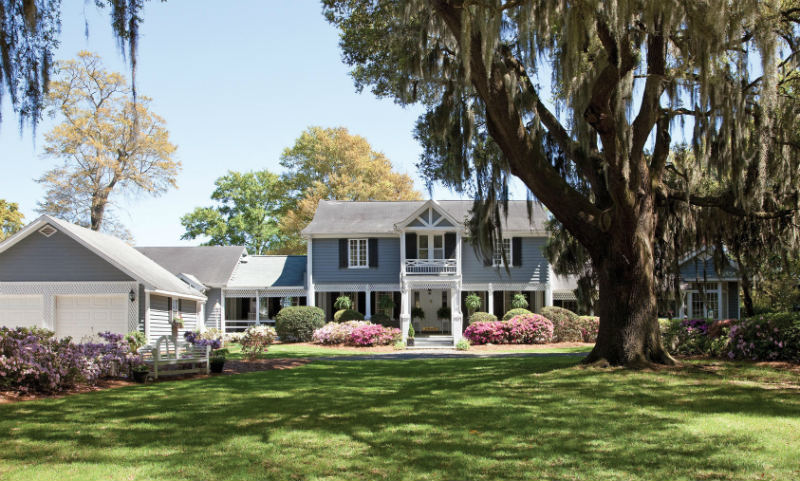 In March, 20 properties with a sales price of $1 million or more were sold countywide, according to the report.

"The transactions collectively totaled $44.9 million," stated the report, which is compiled by Kathleen Baylies, broker in charge of Just For Buyers Realty, from the N.C. Regional MLS.

"That makes March the third best month ever recorded," she said.

“New Hanover County was very close to matching the all-time record for monthly sales, but six deals fell through this past month,” Baylies said in the report. “We can also see the number of luxury homes that went under contract was significantly lower than last March. So, not surprisingly, it appears the growing concerns about the virus are changing the strong trajectory we’ve been seeing in the high-end market.”

But the March numbers also helped to shatter a record for the best opening quarter, according to the report.

One of the properties that closed in March is located on 2601 Shandy Lane. It sold March 20 for $1.6 million, according to the report.

"The homes sits on more than two acres off Greenville Sound Road. It features four bedrooms, four and a half baths, in more than 4,200 square feet," the report stated. "Although it has been expanded and modernized over the years, the center portion of the home was built in 1750, allowing it to lay claim to being one of the oldest structures in the county."

Home sales in general are being impacted by recent measures taken to stop the spread of the novel coronavirus. According to Cape Fear Realtors' website, "Officials recommend that members of the real estate industry refrain from face-to-face real estate practices, unless deemed absolutely necessary, until the Stay-at-Home Orders are lifted."

Inspections and appraisals are being allowed, according to CFR, but extreme caution is urged.

As for home showings and walk-throughs, the CFR webpage on COVID-19 updates states, "At this time in-person property viewing, though still allowed, is deemed unsafe."