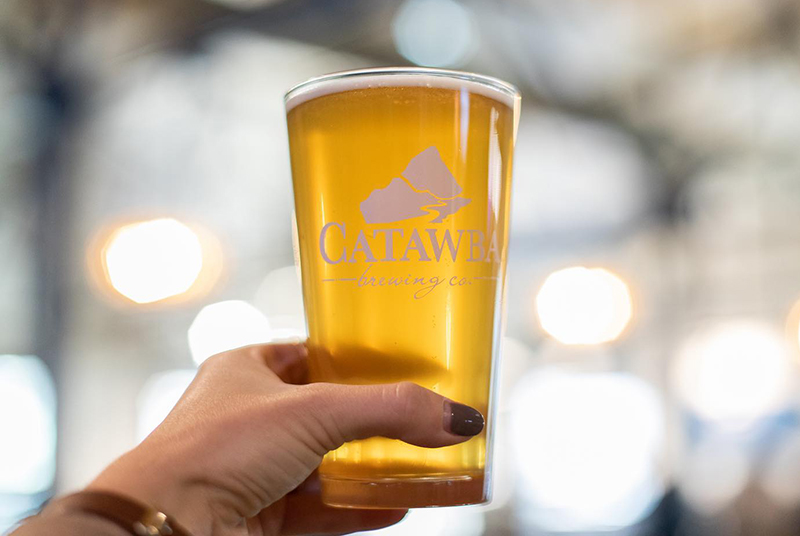 In fact, the Wilmington location is in the process of expanding operations with state permits pending to allow them to brew beers on-site, according to Made By The Water CEO Alexi Sekmakas. Made By The Water bought Catawba Brewing last year from the Pyatt family, who had helmed the company since its launch in 1999.

Employees at the Morganton facility recently received layoff notices, according to reporting from the Triangle Business Journal. Sekmakas confirmed the closure, attributing it to growing pains within the business and a need for more production capacity.

“We just can’t keep up with production demands out of the facility as it stands in Morganton. It doesn’t have the setup there to continue expanding. So we, unfortunately, had to make some tough decisions about the future of the company,” Sekmakas said, adding that the company is looking for a new space in Morganton for a Catawba taproom.

This is what will happen in Wilmington once the permitting process is complete, Sekmakas said. Small-batch styles make up close to half of the 24 taps at the New Centre Drive location, all of which are currently brewed in Asheville or Charlotte where small batch production capabilities are already in place.

Wilmington has a brewing team on staff and ready to go, according to Sekmakas, and this team will have freedom to dream up small batch brews that reflect what's popular with local customers. In the past six to eight months, the big sellers have been sour styles as well as IPAs.

Sekmakas said the brewing team in Wilmington has been eager to get started, leading them to collaborate with Mad Mole Brewing to develop and release the MST IPA, an American-style double IPA produced at Mad Mole’s Wilmington brewery and Catawba’s Asheville facility. For each pint sold at both establishments, $1 will be donated to Friends of the Mountains-to-Sea Trail.