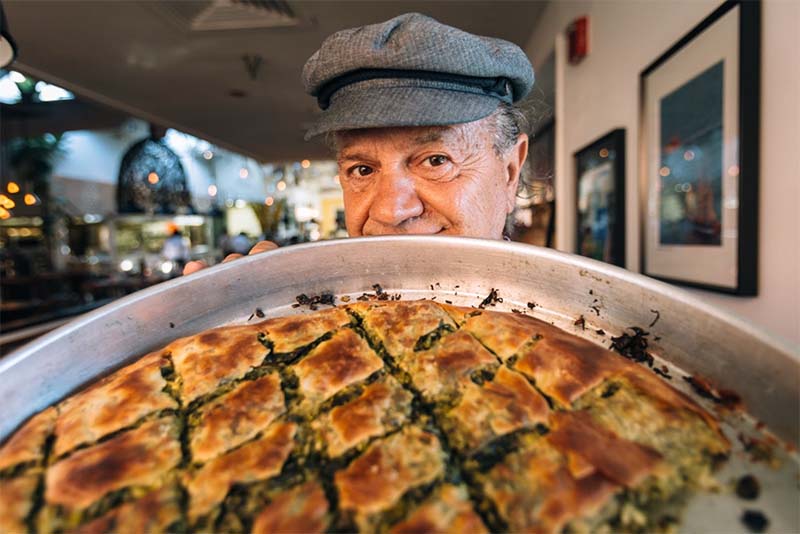 Kipos Hellenic Cuisine is preparing for an early summer opening of a Greek seafood-focused Wilmington location at Lumina Station off Eastwood Road. The restaurant's other Greek-themed restaurant, Kipos Greek Tavern, is in Chapel Hill.

Owner Giorgios Bakatsias was taught to garden and cook by his mother in a small coastal village on the Greek island of Euboea. He and his family immigrated to the U.S. when he was 12 years old. Just over a decade later, he began his career in Greek cuisine.

“We are really excited to bring our love for the coastal cooking of Greece to Wilmington,” Bakatsias said in a press release. “We can’t wait to celebrate life together with the rich Greek food of our heritage."

The 140-seat restaurant, next to upscale French restaurant Brasserie du Soleil, will be surrounded by a lush, partially covered garden patio, with the atmosphere inside “convivial, bright, white, and airy Mediterranean,” according to the release. The garden will surround old oak trees and include an herb and flower terrace and gazebos.

Bakatsias’ authentic Greek menu will include dishes from the Chapel Hill restaurant like avgolemono, spanakopita and moussaka, as well as seafood options like raw oysters, fresh crudos, wood-grilled grouper, pan-seared black bass, North Carolina shrimp, and pan-fried flounder. At least 80% of the seafood plates will be locally sourced, according to the release.

Prices will range from $5 for appetizers to $28 for entrees. The restaurant will also feature a collection of Greek wines.

Rees Architecture and J.R. Connette Building and Development are currently renovating the building, which is also being designed as an event and wedding space. The restaurant will be situated where 1900 Restaurant and Lounge operated before it closed in September.

Kipos Hellenic Cuisine will be located at 1900 Eastwood Road in Lumina Station.