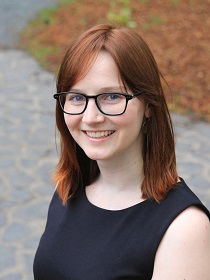 Kelly Kenoyer
WHQR Public Media has hired Kelly Kenoyer as part of its news team, according to a news release.

Kenoyer will join as a reporter/host in April, stated the release.

Hiring Kenoyer is another step in growing the newsroom and providing more local news coverage for the region, said WHQR News Managing Editor Ben Schachtman, in the release.

"What really made Kelly shine as a candidate was her interest in doing serious, investigative journalism -- it's tough work, but she's ready to dig in, and that's precisely what our newsroom needs as we continue to grow," Schachtman said.

Kenoyer developed audio journalism skills as a podcast producer for the nonprofit Investigative Reporters and Editors, and as a radio reporter at a radio station in Columbia, Missouri, stated the release.