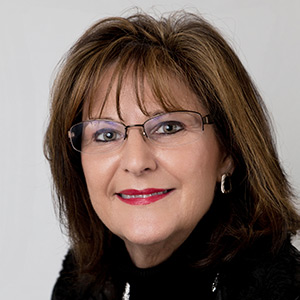 Though unfortunate and certainly misguided in many ways, there is a negative connotation associated with growing older in our culture. To say that older adults are often portrayed in the media through a negative lens is a bit of an understatement.

True or not, these negative stereotypes have more of an impact than one might think. In fact, numerous scientific tests conducted over the past 20 years have proven that people with a negative viewpoint about aging experience a greater physiological decline than people with a positive mindset.

In short, the way that we think about aging becomes a self-fulfilling prophecy. The proof is in the pudding: Researchers at the Yale School of Public Health were recently able to demonstrate that older individuals who received subliminal, positive messages about health experienced a range of long-term improvements related to self-image, strength and balance.

Tactics that are traditionally used to fight depression and help people overcome racial stereotypes have been shown to produce a similar outcome. So pervasive are the effects of the negative stereotypes associated with aging that they “are a public health issue,” explains Professor Becca Levy, lead author of the Yale study.

In the course of dozens of studies conducted by professionals from a variety of fields, such as psychology, neuroscience and medicine, it has been shown that there is more than just a correlation between a negative mindset and poor health – there is a direct connection.

According to the Yale study conducted by Professor Levy, older individuals with a negative view on aging had shakier handwriting, increased incidence of heart disease, weaker memories and lower odds of recovering from severe disability compared to those with a more positive outlook. This was found to be true regardless of income levels or health and educational backgrounds.

Professor Levy was even able to show that the group with a negative mindset had a life span that was more than seven years shorter than its counterparts. This was partially due to the group's inability to follow a healthy diet and exercise regimen, along with a refusal to follow instructions for taking medicine.

The good news is that many of the stereotypes about aging are wrong. A recent survey of more than 85,000 adults showed that Americans age 65 and over report a higher degree of satisfaction with their lives than every other group. Individuals were asked about their social relationships, financial status, community ties and physical well-being.

Another positive note is that exercise is one of the most effective ways to reduce the negative impacts of aging and facilitate a positive mindset. With that in mind, we have a full-time wellness director who evaluates our residents on their physical strength and then develops an exercise program specifically for their goals. Our life enrichment director promotes wellness for our residents through social and educational programs. They have a common goal in that they want to help our residents maintain an active, healthy and fulfilling lifestyle. Please join me next month as I detail four helpful strategies for overcoming negative stereotypes. You also can feel free to contact me at 910-332-1783 or by email at [email protected] for more information about Brightmore of Wilmington or Carolina Bay at Autumn Hall. Visit the communities on the web at www.BrightmoreofWilmington.com or www.CarolinaBayatAutumnHall.com.

Cindy Stancil is President of Liberty Senior Living Management Services, LLC. Leveraging 30 years of experience in senior and assisted living, Stancil manages operations at four senior living campuses under the Liberty Senior Living umbrella, including Brightmore of Wilmington, Carolina Bay at Autumn Hall, and Kempton of Wilmington. Liberty Senior Living Management Services LLC is a division of Liberty Healthcare Companies, a locally owned and operated company that provides a comprehensive approach to patient care. Stancil may be reached at 910-332-1783, or by email at [email protected]. Visit Brightmore of Wilmington or Carolina Bay at Autumn Hall on the web at www.BrightmoreofWilmington.com, or www.CarolinaBayatAutumnHall.com.

Other Posts from Cindy Stancil

Personal Training Not Just For The ‘Young Folks’ Anymore

Socialization Is The Key To Longevity, Happiness

Americans In Denial About The Need For Long-Term Care

Is Your Home Appropriate For The Long-Term?

Seniors Capitalizing On The Value That Renting Provides

Continuing Care Retirement Communities Are A Cost-Effective Option For Seniors

Homeownership: A Blessing Or A Burden? 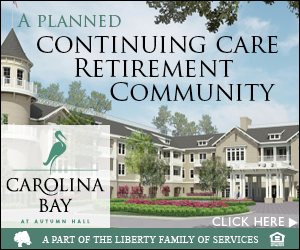