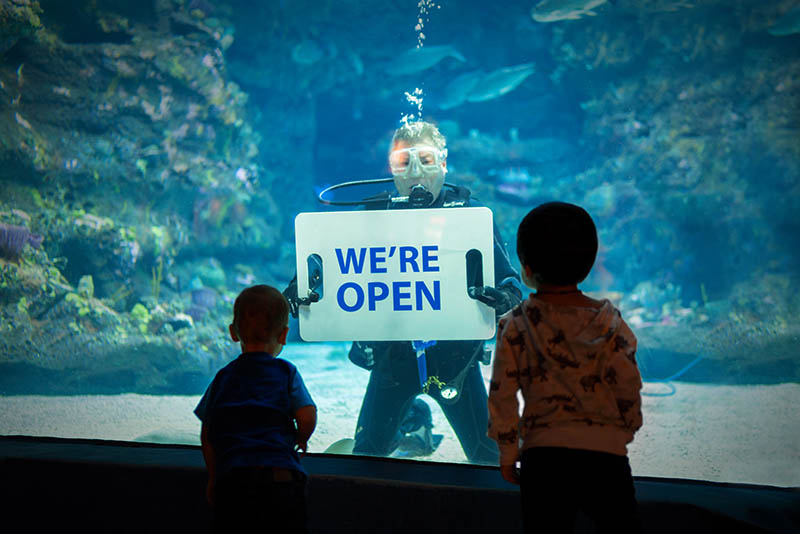 As the region continues to recover from the September storm, the Wilmington and Beaches Convention and Visitors Bureau (CVB) recently announced a plan to get the industry back on track.

While the plan is multi-faceted, the top priority is shifting perceptions of the area. It involves spreading the word that the area is ready – and able – for visitors.

“The most challenging obstacle we hope to overcome through the recovery plan is the perception that we were completely devastated and remain under water, especially by out-of-state visitors,” said CVB spokeswoman Connie Nelson. “Phase one begins now and runs through January – focused on ‘now open’ messaging and encouraging travel now – which will lay the foundation for phase two, which focuses on spring [and] summer travel.”

To increase awareness that the area is “open for business,” the CVB will use a number of tactics. In addition to promoting recovery stories on social media channels, Kim Hufham, president and CEO of the New Hanover County Tourism Development Authority (TDA), plans to conduct an in-state radio and broadcast media tour.

One Wilmington business owner has experienced the questions of whether the city is on the mend. Craig Gee, owner of Waterman’s Brewing Co. at 1610 Pavillion Place also has a brewery in Raleigh called Crank Arm Brewing.

“Patrons [at the Raleigh brewery] have said to me, ‘Oh man, we heard that Wilmington was torn up and it’s under water,’” Gee said. “I think the campaign is a step in the right direction to adjust that perception. While not all the areas around us have recovered, it’s important to inform folks that our local businesses, that Wilmington, is open to visitors and on the mend.”

The CVB’s digital and online presence will also feature photos and videos of the area and its attractions. Media and travel influencers will be invited to visit, to showcase the area’s improved conditions.

A themed “Come Back” video is in the works, and a paid social media campaign began at the end of October.

“We will also launch a Come Back ad landing page to accompany the campaign,” Nelson added. Another piece of CVB’s puzzle involves promoting the area as a year-round destination. Marketing efforts will highlight activities and interests that go beyond the beach and the warm weather travel season.

By promoting the area’s year-round appeal, tourism officials hope to offset Wilmington’s “beach-only” perception. To do so, the TDA will highlight interest-driven travel – including food, craft beer, arts and culture, and adventure.

“Experiencing local culture is a top priority for travelers, and these experiences come to life through these types of activities,” Nelson said. “Having both a city and beaches to promote and being open for business beyond beach season with these types of deeper level, quality experiences is what makes us unique.”

Meanwhile, visitor spending is a boon to the local economy. New Hanover County experienced an increase in tourism dollars of more than 4 percent in 2017 over 2016.

Tourism expenditures reached $578.2 million in the county in 2017, according to an annual, statewide study commissioned by Visit North Carolina.

The industry also drove more than 6,300 tourism-related jobs, with a $141.3 million payroll, in the county, according to the report.

As for 2016, New Hanover County experienced a 6.3 percent increase in visitor spending over the previous year. That marked a sixth consecutive record-breaking year, with an economic impact of nearly $553.6 million, according to tourism officials.