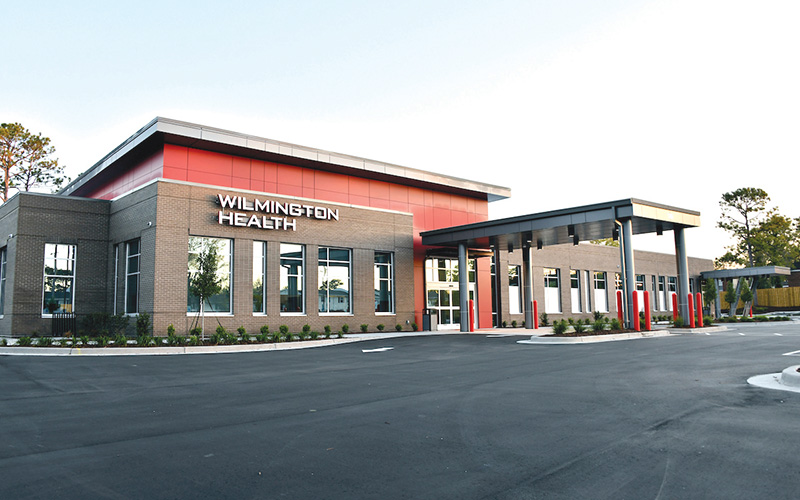 A grand opening for Wilmington Health's Ambulatory Surgery Center is expected to be held June 6. (Photo c/o Wilmington Health)
Plans for a couple of medical building projects are progressing in the area.

A grand opening for Wilmington Health’s 20,000-square-foot facility at 1305 Glen Meade Road is scheduled for June 6.

The physician-owned facility is licensed for one new operating room and three procedure rooms and will allow the practice to perform sameday preventive, diagnostic and therapeutic surgical procedures, according to officials

“Their procedures vary across several specialties and are generally less complicated than procedures requiring hospitalization,” a news release stated.

“This aligns with our Vision Statement,” Wilmington Health spokesperson Desirae Hrynko said in an email, “and most importantly aligns with our priority of providing accessible, affordable and high-quality care to this region.”

A $12 million medical office building at Novant Health’s Brunswick County campus is anticipated to be open in the spring of 2023.

Thomas Construction Group, which broke ground on the two-story, 34,000-square-foot structure earlier this year, was originally contracted to provide preconstruction and design assistance for the building and later contracted for full construction services by developer Trask Land Co. and Novant Health.

“Design and upfit plans for the individual offices have been finalized, and Thomas has been contracted to complete these projects, in addition to the core and shell of the building,” Thomas Construction officials said in a recent news release.

Trask Land Co. announced in 2020 that they had entered into a development agreement with Novant Health for the Brunswick center’s campus.

The agreement means that Trask Land, a Wilmington-based commercial real estate and land development firm, will provide development services for Novant at the medical center and on the campus’ surrounding land, which includes nearly 100 acres in Bolivia.

Thomas also said the facility “will allow for expanded services and hours and will have a trickle effect in the Bolivia area, allowing other practices to take over these tenants’ previous medical offices.”