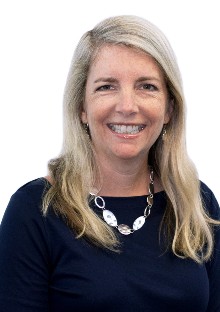 Allison H. Farmer
One of the largest physician-owned orthopedic practices in North Carolina and the nation recently named a Wilmington resident its first statewide CEO, according to an announcement Thursday.

Currently the practice's CFO, Allison H. Farmer will transition to her new CEO role in October, a news release stated.

In June 2013, Farmer was hired as CFO of the practice known then as OrthoWilmington after the merger of Atlantic Orthopedics and Wilmington Orthopaedic Group.

“I was one of the first new members of that combined management team, and we knew that was not the end game and that the industry was positioned for growth and consolidation,” Farmer said Friday. “We have been seeing a trend over the past couple of decades of consolidation of physician-owned practices. There is strength in numbers, and orthopedics has certainly followed that model as well.”

In 2016, OrthoWilmington joined with three other practices across North Carolina to form EmergeOrtho. Over the next five years, Farmer became CFO for several of the regions in the statewide organization, according to the release.

As CEO, Farmer will lead a team of 1,835 employees, 484 of them in Wilmington. Of those, 288 are orthopedic surgeons and physicians, nurse practitioners and physician assistants.

“Allison has been with EmergeOrtho since our inception and knows the inner workings of our organization,” said Frank Aluisio, a physician and president of EmergeOrtho, in the release. “She has been instrumental in developing and completing many of the shared business initiatives within our statewide practice.

"Her leadership was especially evident last year when she helped guide us financially through the challenges of COVID-19, ensuring the group remained stable through those unsettling times.”

Farmer on Friday described some of EmergeOrtho's goals.

“We want to continue to promote the fact that we are an exceptionally high-quality source for musculoskeletal care at a much lower cost to the patient than hospital-based services,” Farmer said. “That saves health-care costs for not only the patients but also the employer-based health care plans. We also want to promote patient access through continuing the network of our same-day appointments and walk-in clinics to offer an alternative to hospital emergency rooms.”

Farmer added that in all five of EmergeOrtho’s regions in North Carolina, from Wilmington to Asheville, “there are opportunities for same-day and walk-in appointments to, especially in these times, open up the hospital emergency rooms for more important things that are going on right now.”

EmergeOrtho is expected to continue to grow, including in the Wilmington area. Just this month, Farmer said, the practice opened a facility in Burgaw and added therapy to its Seagate office on Oleander Drive in Wilmington.

Shawn Hocker, physician and president of EmergeOrtho’s Wilmington Region, said of the CEO announcement, “This is a tremendous step in our corporation's growth and represents five years of culture development with our partners and administration. Allison has been an influential presence at every step in our leadership strategies and will be well versed to hit the ground running."

Will Silver, medical director of EmergeOrtho’s Triangle Region, who also serves as the secretary-treasurer of the statewide board of directors, said of Farmer, “Over the last six or seven years that I've known her, Allison has always been up to any opportunity or task put before her and has an uncanny ability to just get things done. As our new CEO, the sky is the limit with her execution aligned with our board's corporate vision and strategy.”

Regional leadership will continue across EmergeOrtho with Stephen DeBiasi at the Triad Region and Wilmington Region, Tommy Middleton at the Blue Ridge Region, Kyle Raygor at the Foothills Region and Kenneth Overbey at the practice's Triangle Region.