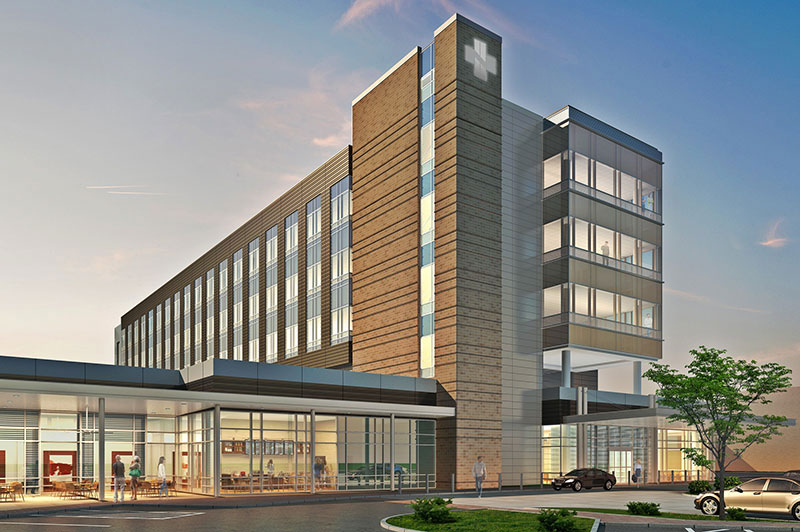 That means orthopedic services would continue to be based at NHRMC’s Orthopedic Hospital on Wrightsville Avenue, an aging facility that, under the new proposal, would see its lifespan extended through upgrades until a new hospital can be built in Scotts Hill to house orthopedics and an emergency department replacing the Wrightsville Avenue location can be built at Autumn Hall, officials said Wednesday.

While Hurricane Florence delayed completion of the new tower, in the years since it was first envisioned to handle inpatient surgeries, the procedures have changed, NHRMC President and CEO John Gizdic said Wednesday evening at a meeting of the Partnership Advisory Group. The group, assembled to review potential ownership changes for NHRMC versus retaining the county’s ownership of the hospital, heard from Gizdic about the health system’s building strategy.

“It's projected in the next five years that 60% of joint surgeries will be done on an outpatient basis.”

The shift in focus on the tower project started being discussed in October, as surgical services and Orthopedic Hospital leaders looked at long-term plans for the new building, said Carolyn Fisher, director of marketing for NHRMC.

“Since then we’ve started really digging into the details,” she said – details that include how it would work, the financials involved in a shift and whether state regulatory approval would be necessary to change the building’s purpose.

Since the tower project was first proposed, Fisher said, patient needs for cardiovascular and neurosciences services have increased.

Benefits of moving the pieces around, officials said, include eventually anchoring both inpatient and outpatient orthopedic services together at the Scotts Hill location, moving up the timeline for additional inpatient heart and vascular rooms and freeing up space for neurosciences once heart and vascular services move.

There are now six neurosurgeons and nine neurologists on NHRMC’s medical staff.

Though a site is identified for an ortho addition in Scotts Hill – by the existing ED North Emergency Department and NHRMC Atlantic SurgiCenter off Market Street – there is not a time frame for the new hospital.

Before construction started in mid-2018 on the new patient tower, NHRMC received a certificate-of-need approval from the state to build the facility and to move 68 beds from the Orthopedic Hospital to the new building, which is located above the NHRMC Surgical Pavilion.

Fisher said that hospital officials have been in touch with state regulators and are waiting to find out if changes or additional approvals are needed on the initial filing.

The new patient tower is expected to open next summer. Fisher said that under the new plan there could be some areas with extended building times now since specialized rooms such as catheterization labs, which include imaging equipment to view the heart, were not part of the previous building plans.

Gizdic, at Wednesday’s meeting, said that NHRMC’s strategy for its facilities is to make its main campus focused on care for higher acuity, or sicker, patients and move lower acuity care to other locations.

Other strategies include growing services at its Scotts Hill site and other population-dense sections, looking at some kind of replacement for Pender Memorial Hospital and increasing the health system’s provider network in needed areas such as primary care.

A new community hospital in Scotts Hill, heart vascular center and neurosciences center are all infrastructure projects Gizdic has referenced in recent months when talking about NHRMC’s future and how it’s going to fund additional facilities. (The Partnership Advisory Group has a goal of the end of the year to craft and release a request for proposals for outside entities interested in acquiring or managing NHRMC.)

Even though NHRMC has now found a way to address some of those needs on its own, there still more on the horizon, they said Wednesday.

Despite the pivot on the ortho tower to keep from having to build another cardiac tower in the future, more than $1 billion in NHRMC's master facility plan is required, officials said, to meet the region’s health needs over next 10-15 years.