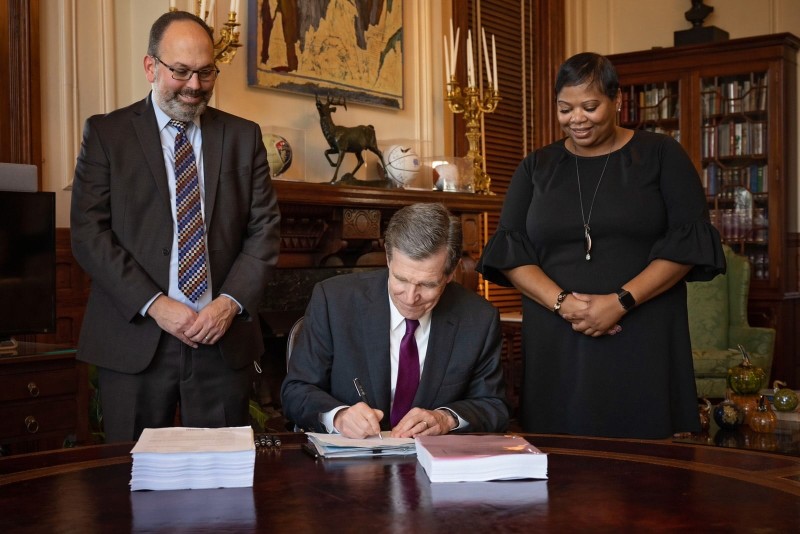 For the first time in three years, North Carolina has a budget, and it’s full of local earmarks for the Cape Fear region.

Beyond the state appropriations, it also includes several billion more in allocations stemming from federal COVID-19 aid. A combined $1 billion is set aside for increasing and enhancing broadband access, $1.7 billion will tackle utility projects, and nearly $6 billion will help higher education and state agencies with construction and renovation efforts.

Notably, the budget puts in place a schedule to reduce the corporate income tax rate for "C" corporations to zero by 2029.

Below are some of the local line items included in the budget:

Brunswick Town/Fort Anderson will see a combined $3.3 million and Southport will receive $5 million to stabilize shorelines.

Carolina Beach will obtain $2 million for dredging Lake Park, an effort with a complicated past.

A combined $14.5 million is being set aside for dredging maintenance of the federal navigation channel, the Wilmington Harbor. A N.C. State Ports Authority project to deepen the channel to make room for larger vessels, the Wilmington Habor Navigation Improvement Project, received $283.3 million. This amount covers the construction costs for the non-federal sponsor cost share portion of the project, according to a ports spokesperson. The project is not yet authorized and an environmental review is underway.

The N.C. Aquarium at Ft. Fisher will see $5 million for an expansion.

Boiling Spring Lakes will nab $14 million to repair its dam system, a sore spot for locals, as the lakes are still empty from Hurricane Florence.

The budget allocates $30 million in federal American Rescue Plan Act funds to Cape Fear Public Utility Authority, according to the utility’s press release Thursday. The utility is researching how the funds may be used.

Wilmington’s Quick Response Team will receive $750,000. The program was launched by the city in 2018 to curb opioid overdoses.

The city will also see $250,000 for a “rail study” (potentially a reference to the ongoing rail realignment efforts).

In Pender County, where court officials have struggled for years following extensive damage due to Hurricane Florence, $250,000 has been allotted to cover repairs and renovations. The county will also receive $130,000 for “equipment” and the N.C. Department of Natural and Cultural Resources will purchase 48 acres next to Moore’s Creek National Battlefield for $125,000.

Renewed funding ($14.35 million) was issued for the research collaboration, The North Carolina Collaboratory, of which UNCW is a partner.  The group will study emerging compounds and deliver a report to the General Assembly.

UNCW will receive $994,000 to finance a new facility for Isaac Bear Early College, a school that despite its high performance, has struggled in mobile units since its inception. The funding hangs on an agreement that must be signed between New Hanover County Schools and UNCW; if nothing is agreed upon, the funds revert back to the state.

The new budget also includes a policy item that relates to a contentious lawsuit that was recently settled.

Retroactive as of June 13, 2019, the new law indemnifies the Wilmington Metropolitan Planning Organization in any claims as it relates to the group’s actions while trying to secure the N.C. Department of Transportation’s identified transportation corridors. Sen. Michael Lee, R-New Hanover, lobbied for this portion at the behest of WMPO.

Jamestown Pender LP sued WMPO and NCDOT after its land in Hampstead was essentially frozen through the use of the Map Act, which has since been found unconstitutional.

NCDOT has paid WMPO’s legal bills for the Jamestown suit, according to Sen. Lee.

Correction: This version has been updated to correct the amount allocated to Child Development Center Inc.