By Staff Reports, posted Oct 20, 2021
Tweet
This year’s municipal elections for the city of Wilmington include candidates for city council and mayor.

The Greater Wilmington Business Journal sent questions to all city council and mayoral candidates and will be running a different candidate’s responses every day on our website. 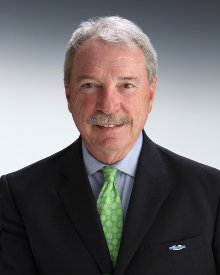 GWBJ: What are your top economic development priorities?
Rivenbark: “The city works tirelessly and supports our economic development partners and we have had much success in the last ten to 20 years. All jobs will not be created within the city, but we will benefit from the impact that these new jobs will have on our economy. Some new job creations in the manufacturing sector have a multiplier of approximately 3 to 1. Other types, such as retail and office, have a lesser multiplier but still have a positive effect on the job market.

GWBJ: If elected, what are two goals you would like to have completed by the end of your term?
Rivenbark: “Reducing violent crime; handling a thriving region; creating a more pedestrian-and bike-friendly city and affordable housing.

Comparing the data from the first six months of 2021, incidents, where a firearm was used during that same period in 2020, have decreased by over 13%. But that’s still too many incidents. We need to do whatever is necessary to bring gun violence to an end, ensure that our schools are safe for learning and our neighborhoods are safe for raising families. Now more than ever is a time to support our law enforcement and provide them with the necessary tools and training to protect us all.”

The challenges of success can be difficult. We have received many accolades including being named “South's Best Cities On the Rise 2021” and it is apparent that many are moving to our area. Except for 2016, the city of Wilmington has grown at a rate of less than 2% while our neighboring communities are bursting. Leland has grown by over 67% since 2010 and Belville over 20%. As the regional hub, the city of Wilmington struggles with this influx and needs to be consistently looking towards the future to provide our growing community.

Within the city limits, I have supported the requirement of the installation of sidewalks and multi-use paths in all improvement projects. This leads to connectivity by filling in the gaps with those that have existing sidewalks. I also support enhancements to the Gary Shell Cross City Trail with additions into neighborhoods as well as pedestrian lanes, especially near our schools. As a member of the Wilmington Urban Area Metropolitan Planning Organization, I am actively working with N.C. Department of Transportation at the possibility of adding a pedestrian bridge over our heavily traveled College Road.”

GWBJ: How can the community address the issue of lack of affordable housing?
Rivenbark: “One of our other biggest challenges is regarding affordable and workforce housing. The city recently completed a re-write of the Land Development Code, the ordinance that all development must adhere to. I supported the inclusion that will allow for greater density in return for creating a percentage of units at or below the prevailing market rate for a specified time frame. In the past two years, the budget that I supported, included over $5 million on housing expenditures including homeless sheltering, multi-family, our Home Ownership Pool, and rehab programs for low-to-moderate-income homeowners.”

GWBJ: From roads to bridges to more accessibility, what are some of your infrastructure concerns and ways to deal with them?
Rivenbark: “I am very pleased with the staff that the city manager has employed especially in our community development personnel. We can be assured that our planners, along with advice from our city attorney, provide city council with their expert opinions and closely follow the Future Land Use Map, various neighborhood plans and our new Land Development Code all of which included much input from the public.

A resurgence in mixed-use projects provide many benefits to our residents. Found in Wilmington years ago, it was common for mom-and-pop shops to be located within neighborhoods. With the current desire for sustainability and walkability, these projects create cohesive and diverse neighborhoods, reduce transportation costs, and helps to reduce traffic on our already busy roads. The great majority of the population increase is being generated outside the corporate limits of Wilmington, but we will continue to be impacted by the sheer numbers of daily visits. Our entire infrastructure will be affected, and the only outside steady source of highway money is the North Carolina State Street-Aid (Powell Bill) Program. This alone doesn’t cover our maintenance costs. The NCDOT has a revenue source issue that needs to be addressed by the general assembly and soon.”