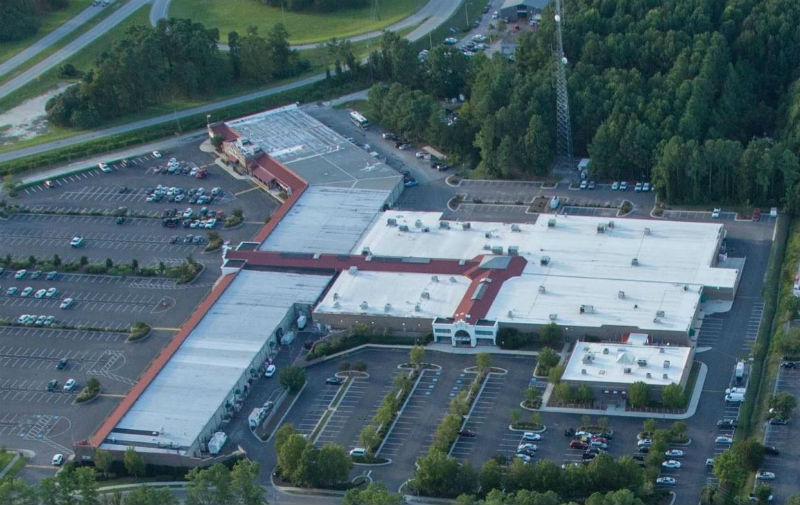 New Hanover county has invited developers to submit qualifications for a public-private partnership to redevelop the government center at 230 Government Center Drive that could include residential, commercial and office space.
Developers interested in working on the redevelopment of the New Hanover County government center must submit qualifications by Oct. 22 that address county priorities for the mixed-use project.

On Wednesday, the county will host a pre-submittal conference in conference room 500 at the government center, 230 Government Center Drive in Wilmington. The meeting is mandatory, and firms should have at least one representative present.

The conference will provide information on the RFQ, a tour of the building and include a forum to discuss initial questions submitted by firms.

The deadline for final questions is Sept. 25 with responses to all questions posted Oct. 2. The RFQ deadline is 5 p.m. Oct. 22.

On Aug. 12, county commissioners approved a resolution to explore the redevelopment of the center, which according to County Manager Chris Coudriet is not well suited for government space and needs $20 million worth of repairs over the next 20 years.

The government center, 230 Government Center Drive in Wilmington, was previously a shopping center that was purchased and renovated by the county for $18.2 million.

The project would comprise of a public-private partnership that includes a new government center and possible residential, commercial and office space at its current 5-acre site.

The RFQ was released by the county in August.

While there have not been any qualification submittals yet because they aren't due until late October, so far, five firms have shown interest, Lena Butler, purchasing supervisor with the county, said in an email.

Interested development teams’ submittals must address county priorities for the redevelopment, according to the RFQ.

Some of those include: Also, the project requires ultimate county ownership of the county facility.

Development firms should demonstrate their ability to succeed at designing, constructing and managing the project by sharing information on at least three previous projects that illustrate an ability to fulfill the goals of this project, the RFQ stated.

To qualify, firms should show that they can maintain high occupancy rates in commercial spaces.

“Firms will be evaluated on relevant and recent experience with developing successful projects that are similar in vision, scope, size and challenges as identified in this RFQ,” stated the request.

Other projects the county is working on include the potential Project Grace, a downtown Wilmington project that would incorporate a public library and the Cape Fear Museum, and the nearly finished Public Health and Social Services building at 1650 Greenfield St.