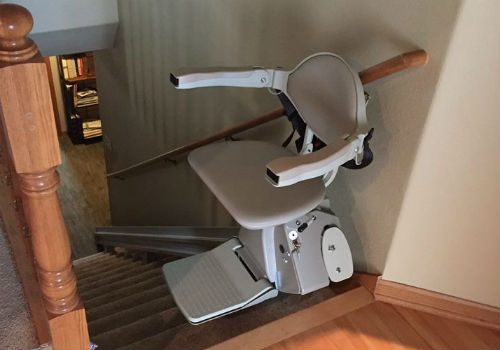 Wilmington-based 101 Mobility contracts through the VA to provide adaptive devices to veterans.(Photo courtesy of 101 Mobility)
Prime contracting by federal entities in North Carolina increased significantly in the 2015 fiscal year over the previous budget year, the N.C. Military Business Center reported this week.

New Hanover County, with about 170 companies doing a total of $77 million in federal prime contracts, was 11th highest in the state. In Brunswick County, more than 60 companies landed contracts in 2015. Pender County had nearly 30 such companies.

The types of products and services offered by contractors in Brunswick, New Hanover and Pender counties ranged from consulting services to dredging to GPS systems and quick-release pins.

Wilmington-based 101 Mobility, which garnered 325 federal contracts in 2015 worth more than a combined $2 million, is a prime contractor primarily to the Veterans Administration.

Sinclair explained that these contracts cover mobility and accessibility equipment prescribed for veterans by their physicians. 101 Mobility has seen a slight increase in orders over the past few years, she said.

The company, which manufactures a variety of stone waste containers and outdoor furniture for parks and other public spaces (like the National Mall in Washington, D.C, shown here), is a vendor for the federal General Services Administration and the Army and Air Force Exchange Service (AAFES), Chicoine said. That means its products show up on military bases around the world, in VA hospitals and – through state government contracts – at rest stops in several Southeastern states, including North Carolina.

Tight federal, state and local government budgets have resulted in flat sales to these customers over the past five years, Chicoine said. The durable nature of Best Litter Receptacle products also limits repeat sales, although plastic tops and liners do need to be replaced from time to time, she added.